Local group calls for limit on lead paint in Jamaica 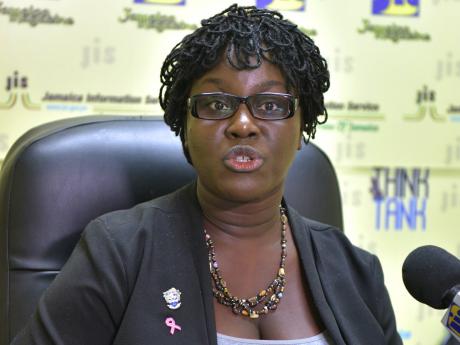 The Caribbean Poison Information Network (CarPIN) is calling for regulations or legislation that will place a limit on lead paint in Jamaica.

Poison Information Coordinator at CarPIN Sherika Whitelocke-Ballingsingh said the organisation wants the Government to ban the use of lead in paints that are manufactured locally and to restrict the importation of paints that have lead into Jamaica.

She warned that the effects of lead poisoning when it accumulates in the body are irreversible and that children are the most vulnerable.

Speaking at a JIS ‘Think Tank’ on Tuesday, she said that between July to September her organisation, in tandem with the International Persistent Organic Pollutants (POPS) Elimination Network (IPEN), which is an international non-governmental organisation, carried out a study in Jamaica to analyse lead in paint.

She said the report will be released to the Government and to the public during International Lead Poisoning Week, which will be observed from October 22 to 26, under the theme ‘Regulating Lead Exposure: Protecting Our Children’.

Whitelocke-Ballingsingh said that paint is most harmful when it is stripping from the wall or when it is scraped in preparation for repainting.

“Ingesting paint chips that are peeling from the wall can be particularly harmful since the lead content can be higher than what is typically found in ordinary dust and soil,” she said, adding that children may pick up the paint chips and put it in their mouths or chew on toys that are painted with lead paint and directly ingest the poisonous substance.

“We believe that if we can restrict lead in paint, we can protect children through different avenues, so we would no longer have lead in toys or in decorative paints being used in homes or at school or in playground areas where children are,” she said. She informed that based on some of the effects exposure to lead has had on children, the WHO in 2010 classified lead poisoning under mental retardation disease for children.

She further explained that it has a debilitating effect on brain development in children.

According to the WHO, at high levels of acute exposure, lead attacks the brain and central nervous system to cause coma, convulsions and even death, and children who survive acute lead poisoning are typically left with grossly obvious mental retardation and behavioural disruption.