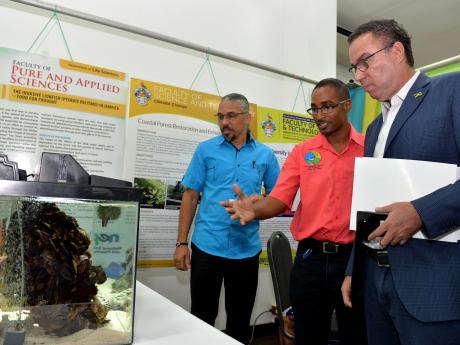 The process to have the Black River Morass and the Pedro Cays and surrounding waters declared as protected areas will be advanced this financial year.

This according to Minister without Portfolio in the Ministry of Economic Growth and Job Creation Daryl Vaz who said that the move forms part of the Government’s strategy to safeguard the island’s biodiversity.

“With this declaration, approximately 18.1 per cent terrestrial and 16 per cent marine areas will be under legal protection,” he said.

Vaz was speaking at the inaugural National Biodiversity Conference held at the Spanish Court Hotel in New Kingston on Wednesday where he outlined work being undertaken to protect the country’s natural resources.

“The Ministry and the Forestry Department have also finalised the Forest Policy for Jamaica, and work is ongoing on the amendment to the Forest Act,” he said.

Vaz noted that the Goat Islands, home to the Jamaican iguana and other endemic species of flora and fauna, have been designated a nature reserve.

“Through funding from the Global Environment Facility, (we have completed) the National Strategy and Action Plan for Biological Diversity in Jamaica 2016-2021, which will guide Jamaica’s mainstreaming of biodiversity conservation as a critical element of sustainable development,” he said.