The pride of Epson: The captain of the Reggae Girlz 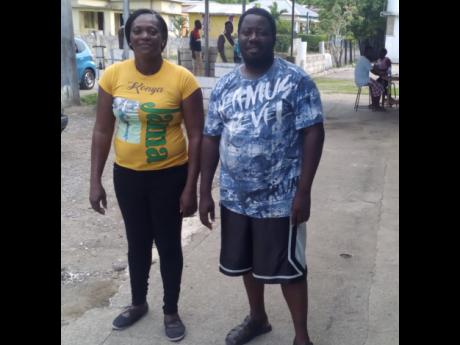 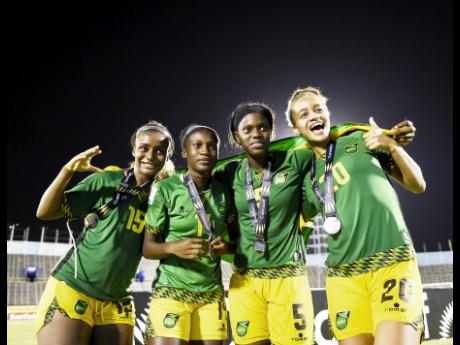 It was tense time for Carlene Deacon, mother of Konya Plummer, the captain of Jamaica Reggae Girlz, and other residents of Epson, St Mary, as they awaited the results of a FIFA Women's World Cup qualifying game against Panama last Wednesday.

The stout-hearted girls won on penalties, after the teams remained deadlocked after full and extra time, and Epson exploded.

"It was an anxious period for me, but deep down, I felt that the Reggae Girlz' would prevail, which they did," Deacon told The Sunday Gleaner.

"Konya is a strong and determined person, who motivates others. I remembered her saying to me, 'Mom, we will be going to that World Cup in France'.

"Football has been her life, and even when there were chores to be done around the house, she was always missing and could be found playing football with the boys. Having realised that she had a passion for the game, her father and I decided that since it was her choice, it would be best to support her wholeheartedly," added Deacon.

Konya's interest in football started round about age four years old, while she was attending kindergarten, where she was exposed to the game by a relative, who took her to the park in Annotto Bay to watch the sport.

It didn't take long for Konya to start running and kicking the ball, but she was doing so with boys, who were older than she was.

Her interest in football became more intense at primary school, and by the time she started to attend high school in St Mary, she was bursting for more.

According to her mother, at high school, Konya was faced with a challenge, as there was no female football competition taking place in St Mary.

It was the first vice-president of the Portland Football Association (PFA), Garfield Fuller, who spotted Konya's talent and arranged for her to be transferred to Titchfield High School in Portland, where she was able to participate in the Daryl Vaz-sponsored female football league.

"This young lady was talented and destined for higher heights," said Fuller as he basked in the historic achievement of the Reggae Girlz.

"I have to thank Mr Vaz, who saw it necessary to sponsor this female league within high schools in Portland. Konya has done us real proud, and her success comes as no surprise, as she is a go-getter and a motivator. She strives for the highest and she trains very hard, which is quite evident on the field, "added Fuller.

Konya, who is now attending Southeastern University in the United States, is also well remembered for her development and natural talent, which has been closely watched and monitored by dozens of individuals, including Raymond Grant, former general secretary of the Jamaica Football Federation and PFA president.

"It was quite clear from the initial stages that she was a special person," said Grant.

"She played for Titchfield starting at age 13 years. She played for that school for three consecutive years, where the school won the competition three years in a row. Based on her performance, she was recommended by the PFA to the national programme.

"I remember speaking to Vin Blaine, who was in charge of the national programme, about her and he quickly agreed to have a look at her. She made the national under-15 team and hasn't looked back since. She is always focused, and her achievement comes as no surprise," added Grant.

After making the national under-15 team Konya played under-17, under-20 for Jamaica before moving up to the national senior team, where she display leadership skills, while commanding the respect of other players.

"We expected that she would have excelled, but maybe not at such a rapid pace. However, having known her personally and seen her exploits on the field, she is definitely a special talent. She has inner personality that I would encourage others to emulate. She is a motivator and a leader, who strives for excellence," said Grant.