Courts islandwide to get free Wi-Fi 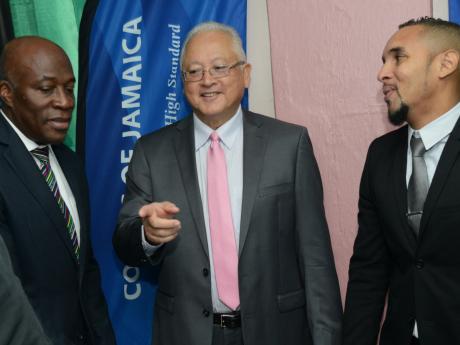 Courts islandwide will be outfitted with free Wi-Fi come early next year, following the signing of a contract between the Ministry of Justice and Growth-Tech Limited at the Supreme Court in downtown Kingston earlier today.

Growth-Tech Limited Chief Executive Officer Neil Lawrence said the Wi-Fi service will installed at no cost to government as the company works toward making the internet widely accessible.

The company will get revenue from advertisements.

“This is just the first phase of fulfilling the company’s vision, which is to make connectivity in Jamaica like oxygen that is available to everyone, everywhere,” Lawrence said.

The company, which has been in existence since last year, signed a contract with the Jamaica Urban Transit Company to outfit their entire fleet with free Wi-Fi.

“We really are targeting areas where we would impact more people quickly, so obviously with the partnership with the Ministry of Justice we also get that opportunity to impact even more Jamaicans as a part of this roll out,” Lawrence said.

For his part, Minister of Justice Delroy Chuck said the signing of the agreement is a step in the right direction to make courts more efficient.