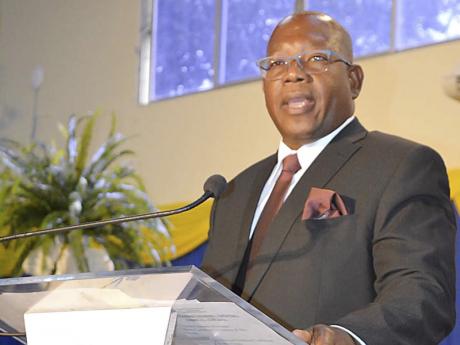 The Northern Caribbean University (NCU) is to cut non-critical jobs and impose a hiring freeze as part of its financial recovery plan aimed at rightsizing the institution.

“In recent years, NCU’s income has been negatively impacted by declining student enrolment due to increased competition in the higher education market,” the university said in a statement this afternoon.

Tuition fees, the university said, make up a significant proportion of its income.

Current enrolment at the institution is just over 3000 students.

NCU said the recovery plan follows recommendations from a recent operations audit of the institution and was announced by university president Dr Lincoln Edwards during a workers’ meeting held on the Main Campus in Mandeville, Manchester today.

“The recovery plan entails cost reduction strategies including the restructuring of the organisation, increased operational efficiencies, and reduction of non-critical positions. In this regard, a freeze has been placed on hiring except for the filling of critical positions,” Edwards said in the statement.

These include the purchase of a state-of-the-art press and the introduction of a business process outsourcing centre on the main campus in Mandeville.

Another major initiative is the expansion of the university’s distance education programme.

Edwards noted that the financial recovery plan has been endorsed by NCU’s board of governors.