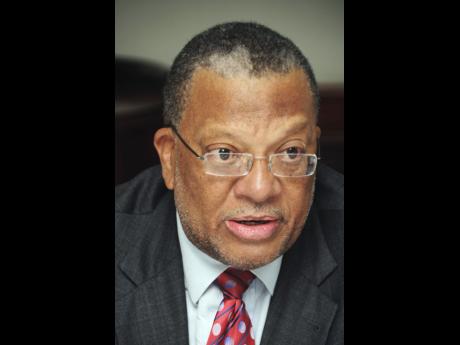 Addressing the Barbados Labour Party (BLP) 80th annual conference Phillips told supporters that the region must take serious note of the re-emergence of anti- migration policies, all of which would affect the region as countries that have benefited from global migration.

“The doctrines which support a revival of military interventionism, threaten small countries like ours,” he said to resounding applause.

“We have no armies, no leverage available to match the great trading centres and powers of the world; our people can only hope and dream of development in a world bolstered by the rule of law, and not by might. Our only beneficial course is to support the rule of international law,” he added.

Phillips said the push-back against the reality of climate change, the evidence of the re-emergence of ideologies and policies which seek to reverse the open and free global trading system, coupled with a pattern of unilateralism, replacing multilateralism in the exercise of trade policies, were among the concerns in the region.

“Caribbean development has been threatened by, and in fact, is now prolonged due to the economic crisis of 2008,” the Opposition leader told Barbadians. He pointed to the global recession, which left the Caribbean bludgeoned by declining earnings from tourism and mineral exports, commodity exports and unfair trading.

In the case of Jamaica and Barbados, he pointed out that high debt, declining incomes and rising crime were major forces against their advancement.  “There is probably no other region in the world where the crisis was as widespread or its effects as prolonged as it was in the Caribbean,” he lamented.

The IMF programmes, which extended from St Kitts in the east through to Antigua, Grenada, and Jamaica were necessary to address the economic fallout.

Phillips said the Caribbean was facing its most serious challenge yet since independence, which is a combination of the economic challenges arising from the restructuring of the world economy due to the emergence of the new power centres and the seeming abandonment of multiculturalism.

He concluded by telling the audience that with no debt forgiveness in sight, the region must manage its resources well.