Super student struggling against the odds 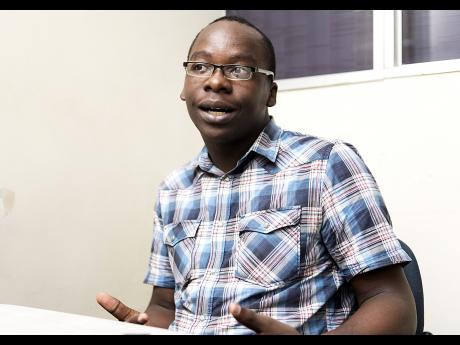 Josh-Ray Green recalls more rough days than smooth ones as a student of Munro College, but after securing 12 grade ones, all with straight A profiles in the Caribbean Secondary Education Certificate (CSEC) examination, and being admitted at the University of Technology, the 17-year-old is on a mission to fulfil his dream of becoming a top communication specialist and an attorney-at-law.

Josh-Ray graduated at the top of his class at Munro despite several persons predicting that he would never be able to complete his secondary education. The doubt stemmed from the fact that his family is extremely poor and was oftentimes unable to fund his education.

"I went through Munro struggling. There were days when the luxury of breakfast and those things, I didn't know," Josh-Ray told The Sunday Gleaner.

"There were days when I got up and I just had to leave the house, even though I had no money. So I had no idea how I would get there, but my faith in the Lord because I am a devoted Christian brought me through," added Josh-Ray.

He was informally adopted by an elderly lady when he was three years old, after she realised that his mother was unable to care for him, and, according to Josh-Ray, she did her best just to make ends meet.

"I remember days going to school when she would search under the dresser for a $20, and say even if is a bag juice and Cheese Trix, you can buy to keep your stomach until you come home. She went above and beyond."

His financial challenges burdened him, but they also pushed him to secure the best education possible to break his cycle and help his family.

It was no secret that he was poor and some students took every opportunity to tease him about his mismatched uniform and his torn shoes.

"At one point, they started to call me 'Lasco pants' and 'Milo shirt' because the shirt would be a deep brown colour while the pants were almost white (washed-out khaki)," he said.

Despite his circumstances, Josh-Ray was a very active student, and during his graduation earlier this year, he received several awards for leadership and for his involvement in extracurricular activities.

He was the vice-president of his schools Students' Council body and a member of the Munro College debating team which won the Burger King National Secondary Schools Debating Competition in 2018. He was adjudged the best speaker at the finals of the event.

Josh-Ray is also on the CSEC merit list for this year and finished third in the entire Caribbean in Religious Education.

There were several events over the years which threatened to derail his progress. In 2008, he met in an accident which has slightly affected the way he walks. He also suffers from periodic panic attacks, migraines, an acute kidney problem and was diagnosed with astigmatism in both eyes.

Fortunately for him, the New York chapter of the Munro College Old Boys' Association decided, while he was in forth form, to sponsor some students who had outstanding tuition, and he was selected to benefit from this altruistic endeavour. The old boys also paid off the debt he had accumulated from taking the school bus.

Due to his financial challenges, Josh-Ray decided against going to sixth form and instead applied to study at the University of Technology where he is reading for a degree in Communication Arts and Technology.

Two of his teachers have helped to get him closer to his dreams by deciding to become guarantors for his Students' Loan Bureau (SLB) application, while others have provided references.

Vice-principal at Munro College, Ann-Marie Powell, describes Josh-Ray as a well-mannered and well-behaved student. She said she had the pleasure of teaching him English literature.

"He came from a humble background. There were days he would have been at school without money, without lunch and nobody knew. He went to his classes regardless and despite the challenges he was facing.

"Even though sometimes he was unable to come to school, his work was always well done, always submitted on time, and if there were cases when he had challenges he would find his teachers, inform them and apologise," said Powell.

Up to last week, Josh-Ray was awaiting final word from the SLB on his loan application as efforts to secure a scholarship have been unsuccessful so far.

But Josh-Ray is not daunted. He has started classes and is doing well while getting involved in several extracurricular activities.

"The grades have been excellent so far and I was nominated class representative for three of the modules," he said.

"I am a very goal-oriented person, so I know what it is that I am working towards and I am relentless in going for those things," declared Josh-Ray.