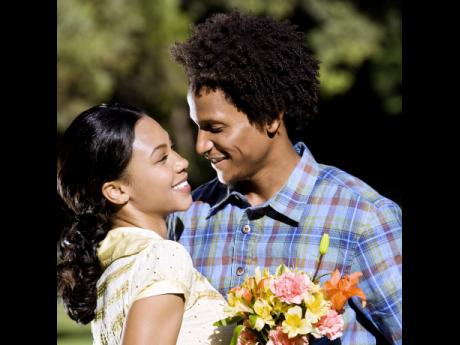 There is a major push globally to undermine and remove our men as head of the nuclear/traditional family model/unit, and it is critical for our women to begin to discern the plans of the enemy that are at work within the society. There are so many things coming against our boys, and they are being forsaken and abused within our society. Prisons are being filled with the unrealised potential of our men and boys, where as it should be harnessed for the betterment of our society.

Divisive strategies are being employed by some women to support and foster this woman-driven move, not because they care about other women, but more so because their main target is to remove any patriarchal reference or symbol from the society and promote a society run by women. How interesting it is though, that some of these women are crying out against the 'division' within the society, but instead of promoting healing and unity, they are purporting continued division between men and women. Could it be that those who propel such action were failed by their own families through absentee fathers, divorce and so on?

What men should know

It is no secret that many women say that they can wear any sexy outfit and seduce any man they want to, in order to get any document signed in their favour on any issue, including abortion rights, because they know that men often make decisions with what is in their underpants rather than what God put in their brains. But men need to wake up and stand up for the God-ordained family.

Men must recognise that when they make themselves absentee fathers, when they are out of position and out of alignment with God's plan, then our daughters and sons become targets for slaughter, and the women are exposed to the attacks from the enemy.

Men cannot be what God did not create them to be, nor should they try to be. Furthermore, as men, one of two genders created in the image of God, they are required to adopt everything the Father embraces - doing what He says, being what He says.

Men need to begin to take their place as the priests in their home and in the Church. Women are often more faithful in spiritual things. When men pray, things change.

Sadly, the men can be found in the swing clubs, strip clubs, and many engage in common-law relationships which nations now want to streamline as if it is something good.

Men, in order to walk in dominion, you must walk in God's image (Genesis 1: 26 - 27). You must also show great understanding to our women so that, according to 1 Peter 3: 7, your prayers will not be hindered. Furthermore, you must love your wife as Christ loves the Church (Ephesians 5: 23 - 25).

Men need to follow the instructions of 1 Corinthians 16: 13 - "Watch, stand fast in the faith, be brave, be strong."

Men must manage their household well and have your children in submission.

While the world evolves, God's word stands. Men must seek to be transformed by renewing their minds daily and staying in relationship with God.

Remember that whenever the enemy wants to go after the family, he will go after the men first, and women must recognise this and stand with and for the men and boys. The men are not the enemy in our society.

Women, you must now rise up, spend less time on social media and invest more time in praying for the victory of the men and the family. Pray that they remain pure and faithful.