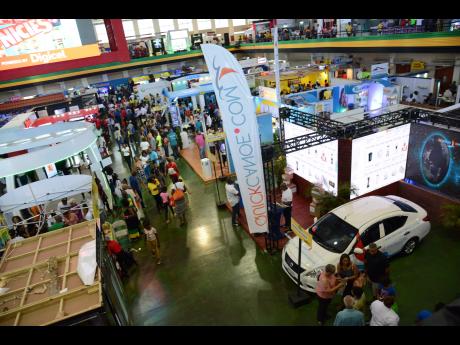 The 2017-2018 Global Competitiveness Report gives Jamaica an overall ranking of 79th out of the approximately 140 countries, falling from 78th last year.

From a macroeconomic point of view, Jamaica's GDP (Gross Domestic Product) per capita, the share of GDP per person is roughly US$5,000 and has remained so for the last 10 years, while the GDP per person in the United States is a little less than US$60,000; gradually increasing annually.

What accounts for the difference in the growth rate of income per person between countries?

Several factors play a role in the difference in per capita earnings between countries, but the World Economic Forum has narrowed much of this down to how competitive each economy is based on 12 headings.

The strength of our institutions: Jamaica ranks 82nd, an improvement of about two per cent on our annual index score, indicating that the strength of Jamaica business support institutions is improving marginally.

Infrastructure: Jamaica ranks 82nd in relation to infrastructure, up by a couple points on our annual index score. This is expected to improve over the foreseeable future given the current infrastructural expansion and development now taking place across the island.

How we adopt information communication iechnology (ICT): We are ranked 91st, which means 90 countries are adopting ICT better than us. Our score has fallen by a percentage point but we still fall in the bottom 50 per cent of countries where ICT integration into business processes is concerned.

The next section looks at Jamaica's labour force and how equipped it is compared to the rest of the world.

Health: Jamaica is ranked 75th as it relates to the health of our labour force.

Skills: Jamaica's labour force is ranked 76th as it relates to skills. We fall in the lower 50 percentile of skilled people around the world. There is room for much improvement.

How competitive are our market efforts?

As it relates to the goods and services market competitiveness, Jamaica is ranked 72nd out of the approximately 140 countries analysed.

As it relates to labour market efficiency, Jamaica appears to be very efficient as we are ranked 27th out of 140 countries, which is very good.

On the question of financial systems, Jamaica is ranked 50th. This is also a good sign and is expected to improve.

Market size: Jamaica is ranked 123 out of 140 countries. This is expected, given that we are a small island developing state, but globalisation has opened the world marketplace. We hope that policies are geared towards increasing Jamaica's ability to take advantage of this.

The last section focuses on eco systems and dynamics.

It looks at how dynamic Jamaica's businesses are. We are ranked 32nd relative to the rest of the world, which is very good and reflects the diverse nature of Jamaican businesses.

Pillar 12 looks at a country's innovation capability, and Jamaica ranks 76th in the area of innovation.

As an economist, we know that countries grow based on how innovative their businesses are. It is this innovation that creates new products that the world demands, and that which will boost our ability to increase the average income earned per person over time.

The Government must be able to assist the private sector to pick winners. It must make a concerted effort to understand the dynamics of the domestic economy and provide meaningful support to industries where locals can participate and earn increased income from increased value added.