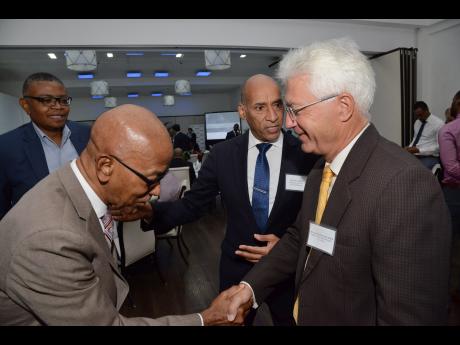 Jamaica's energy policy has made the sector attractive for investment and a game changer, with the country now poised to be the leader in the Caribbean, according to Managing Director of MPC Capital, David Delaire.

The company with headquarters in Germany is on track to start selling electricity to the Jamaica Public Service by the middle of next year when its solar farm at Paradise Park, Westmoreland becomes operational.

"You have taken the time to outline an integrated resource plan, what the total capacity here is and how much you would like to have from renewables. All the actors - regulators, the Government as well as private sector - and I think Jamaica has done an exceptional job and look forward to working here," he told a forum on the Future of Caribbean Energy hosted in conjunction with JN Fund Managers yesterday.

MPC Capital which has a 20-year guaranteed agreement to provide up to 37 megawatts of energy from the facility for which it broke ground in September 2017, had canvassed other countries in the region such as Guyana, Antigua and Barbados as it contemplated setting up the Caribbean's largest solar power plant.

Delaire noted that the region presents a different landscape to what it is accustomed, adding that Jamaica was a standout and the de facto "leader in the Caribbean" in the renewable energy environment.

Allen Lewis, managing director of JN Fund Managers which co-hosted the function at the Spanish Court Hotel in New Kingston used the occasion to highlight "Jamaica's enlightenment in the area of energy production" as a strong magnet for such foreign direct investment.

"In a country where there is so much to be concerned about, we are leaders in the English-speaking Caribbean in this regard. Successive governments have initiated and/or maintained existing policies - including the National Energy Policy that was crafted in 2009 - with the establishment and expansion of the Wigton wind farm and the issuing of licences for privately built and operated solar facilities. That is good but what is even better are the policies and plans for the future," Lewis asserted.