Backlog of divorce cases in Supreme Court to be cleared in 2019, says chief justice 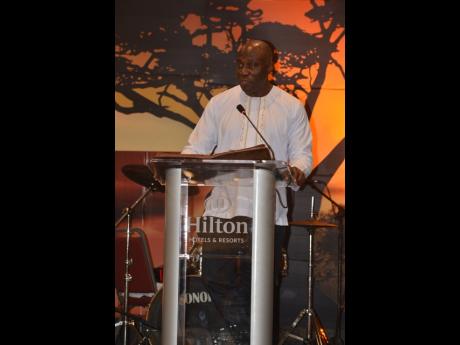 Chief Justice Bryan Sykes is projecting that the current list of divorce cases before the Supreme Court will be cleared by 2019, once the relevant documents are submitted and each matter is disposed of within 16 weeks.

The conference's theme was “The 21st Century Lawyer: Technology, Compliance and Forensics”.

In his address, Sykes said the successful application of the strategy to dispose of divorce cases within 16 weeks was proposed by the Supreme Court’s matrimonial division.

“The premise that the Supreme Court is making, the matrimonial division in particular, is that if you submit error-free documents, the divorce can be completed in 16 weeks. By the end of 2019, if not before, we will be clearing all the divorces that have been in the Supreme Court for some time,” said Sykes.

“By the end of 2019, it is expected that for probates and letters of administration, the matrimonial division of the court will be current as far as divorces are concerned. All that revolves around the question of leadership and empowering persons,” he added.

“I’ve said to the deputy registrars, ‘you have to rise to the challenge, you are the persons running these registries more so than the registrars.’ I asked of them one thing, to produce a plan to ‘live out’ (complete) divorces in 16 weeks, and to have the shortest possible time for probates and letters of administration, and that is what they have done and committed to,” the chief justice continued.

Last September, a major police probe was carried out involving staff members in the Supreme Court’s divorce unit, after it was revealed that divorce decrees were being signed by fictitious judges.

At that time, Justice Minister Delroy Chuck, said frustration in obtaining divorces was leading people to pay to speed up proceedings.