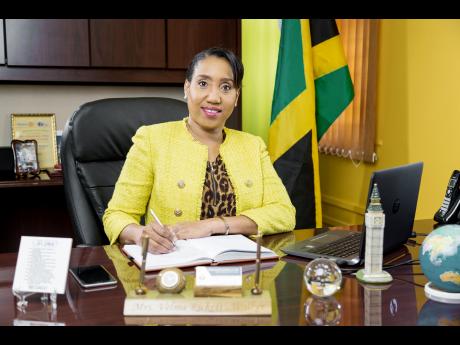 Now that the nothing-to-declare queue at the Norman Manley International Airport has been expanded from one to four, Commissioner of Customs Velma Ricketts Walker has said the honesty of persons bringing goods into the island will determine the success of the changes.

Speaking to The Gleaner last week at the Rotary Club of St Andrew's weekly luncheon meeting at the Hotel Four Seasons in St Andrew, Walker said the idea was to lessen distress caused by long waiting periods.

"Customer service doesn't only have to do with how you speak to a passenger, importer or exporter. It also means the efficiency of the system you employ. What we sometimes see is that there are a lot of people in the passenger baggage hall," Walker said.

She explained that with Christmas around the corner, it is only fitting to introduce a system to reduce pile-ups.

"Pile-ups occur sometimes based on the number of flights that come in within a particular time frame, but what we want to do is to allow our passengers to properly and honestly declare to us. Once you honestly declare you have nothing, you can join one of the four lines.

"Especially during this season when a lot of persons are travelling, we want to create an atmosphere where your experience at the passenger terminal is much better. At Sangster International Airport, because it is a more tourist-intensive airport, we tend to operate most lanes as nothing-to-declare lines. That has been in place for a while," she said.

Walker said that there are plans to fully roll out technology at the port to ensure that containers and packages are properly scanned with as little hassle as possible.

"In the reform and modernisation of customs, we are ensuring we meet the needs of modern times. As trade volume grows, it is physically impossible to check every single shipment. We want a greater reliance on non-intrusive inspection, and that is done by X-raying or scanning containers and other shipments. We are an organisation that is trying very hard to ensure that we listen to what our stakeholders are saying."