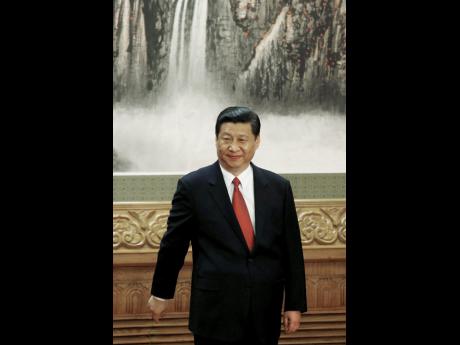 Having already made an indelible mark on the construction sector in the Caribbean and Latin American region, China is now looking to extend its sphere of influence in the region's media sector as it not only wants to tell its own story but also wants to usher in the new era of artificial intelligence - the latest in digital technology.

In addressing Monday's China-Latin America and the Caribbean Media Forum in Buenos Aires, Argentina, Jiang Jianguo, the deputy head of the Publicity Department of the Communist Party of China Central Committee, said China wants to tell its own story while building bridges of cooperation with the region.

"We want to be able to tell our own stories," said Jiang, intimating that China has been the victim of fake news in the past. "We want to tell good stories about each other's contribution to the region. We are ready to listen because we want to work harder to promote this cooperation."

According to Jiang, China's commitment to the region can be seen in the fact that its leader, President Xi Jinping, has visited the region three times in the past four years, which is a clear indication that he wants to strengthen ties.

"We are looking at economic trade and cooperation in every field. This cooperation is a high priority for China," continued Jiang.

"We need to write a new chapter on cooperation between China, Latin America, and the Caribbean," said Jiang.

With regard to China telling its own stories through the level of cooperation with Latin America and the Caribbean, Jiang intimated that China believes it would be best at telling its own story. "We would like to promote more Chinese news out of China ... [and] deepen the news about the government of China. We already have media cooperation with some countries in the region, but we want to see the cooperation get stronger. We are now visiting many countries to build bridges of friendship," he added.