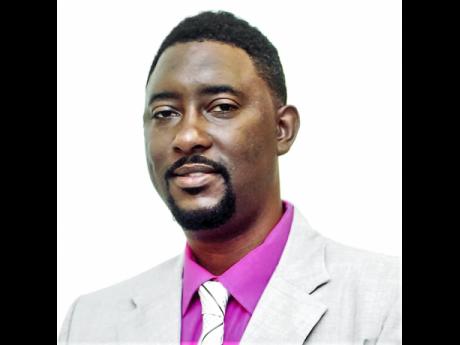 David Martin has his hands full these days. Between work, and mentoring and training indigent and at-risk youth, he finds time for little else.

His days might be full, but it is something he said he would not trade for anything.

In an interview with The Gleaner, Martin said that his journey into mentoring and training youngsters started when he began working with the Southwest TVET (STVET) Institute.

It was while there that he came in contact with young people from deep rural areas looking for opportunities and second chances to make something of their lives.

"In addition to academics, we as trainers have to be motivators. We have to get young people to believe in themselves and their talents, especially to compete in the digital-arts industry," Martin said.

He has travelled across the Caribbean - to St Vincent and the Grenadines and Antigua - where he trained and mentored young people in animation, multimedia production, and graphic design.

Through his work with STVET, Martin has accompanied the institution's marketing team on visits to various high schools in rural Manchester in areas such as Cross Keys, Porus, Mandeville and Alston to expose young boys and girls to the economic and creative benefits of the animation industry.

He said that the impact on at-risk youth and students have been tremendous as those who decided to venture further into the field of animation and the digital arts have not been disappointed.

"They have entered and won film festivals, set up freelance operations, or have retained jobs at major media houses in their respective countries. Most important, they have remained motivated," said Martin, adding that the training and mentoring transcend the digital arts industry as well, and the discipline and creative problem-solving learned can be adapted to a variety of non-related fields.

If there is any challenge for Martin in his outreach it is the matter of resources.

"As one person, it's an uphill climb. You receive a lot of promises but very little material support. The show must go on regardless. Young people, especially the most vulnerable, need us as professionals in any industry to teach them how to get from point A to point B and give them real, practical solutions to survive," he said.

Martin's hope is to partner with more persons, as well as companies that share the same vision and who have the means to make the interventions happen.

He believes that more can be done if local businesses buy into the advertising power and reach of animation, film, and visual effects.

Looking ahead, he said that his next community intervention will be at York Castle High on a date to be determined. There, he said, industry professionals as well as folks from the financial sector will explain to young people the economics of their chosen craft and how to set up and streamline their creative businesses.

Martin pointed out that the digital arts industries rake in trillions of dollars - film, animation, gaming. Visual-effects contents, he said, have never been easier to produce and it is for this reason it should be encouraged in outreaches such as he is pushing.

Martin, a devout Seventh-day Adventist who hails from Brown's Town, St Ann, said from an early age his father introduced him to comics and taught him to draw.

"I have always wanted to find a way to use my talents to uplift people, especially young people. I believe that I can make a difference, and that we all can make a difference if we swallow fear and step out and just help people. Money may be scarce in these hard times but good advice can make a world of a difference," he said, stating his ultimate dream in seeing animation and digital media getting the traction and the benefits in Jamaica that most First-World countries are enjoying.