St Mary infirmary gets some attention 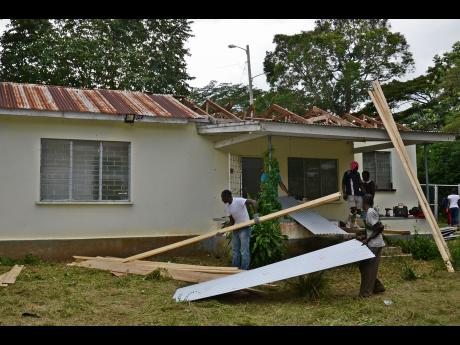 Carl Gilchrist
The matron's quarters at the St Mary Infirmary being repaired. 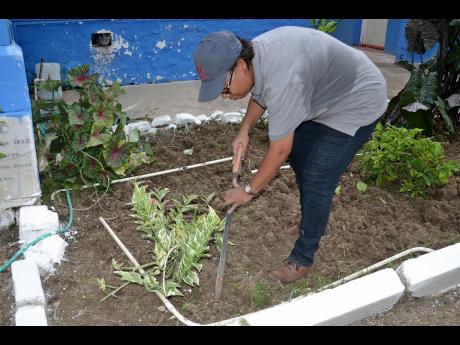 The St Mary Infirmary in Port Maria got some much-needed attention on Thursday as the St Mary Municipal Corporation led several other organisations and individuals into fixing up the institution, as part of Local Government and Community Month.

Approximately 100 persons, led by Mayor of Port Maria Richard Creary and a team from the municipality that included councillors and staff members, along with volunteers from the Social Development Commission, the Universal Service Fund and other organisations, were present.

Creary explained that as part of Local Government Month, each infirmary was allocated funds to carry out work as needed.

The main focus in Port Maria was to restore the matron's quarters to one of habitability after it had fallen into a state of disrepair, forcing the occupants to vacate it.

"The roof was leaking and the matron had to move out and is now living in rented premises," Creary explained. "We're trying to fix the quarters so that she can become resident, as it is mandated to become resident at the infirmary."

When The Gleaner visited, the roof was being replaced and the building was also being treated for pest infestation, with other minor repairs scheduled to be carried out.

Another important task on the day was to build a paved walkway from the infirmary to the hospital next door, covering approximately 300 metres.

"The hospital is close to us, so when they have to take patients by wheelchair to the hospital, the pathway that they use is rather treacherous, so we're paving that area so that we can take the persons there a lot easier."

Several other tasks were carried out, including painting sections of some buildings, whitewashing walls and landscaping the premises.