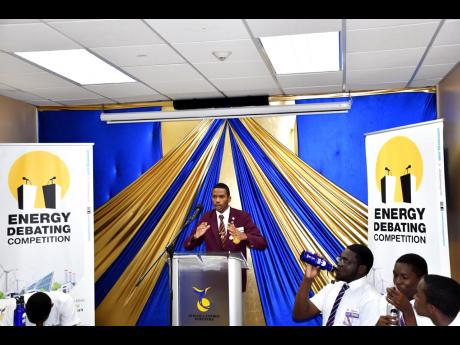 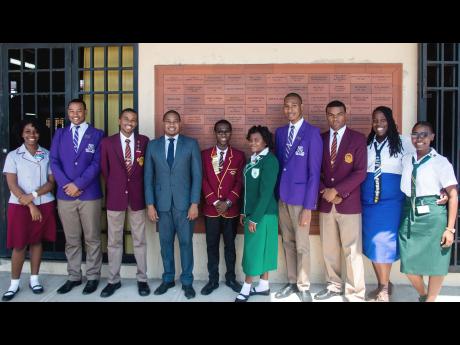 Monday, October 22, will live in the minds of prefects who attended the relaunch of the Jamaica Prefects' Association (JPA). This historic event took place in the Douglas Orane Auditorium at Wolmer's Boys' School.

The audience reflected a significantly wide cross section of schools islandwide, with more than 250 students from 52 high schools attending.

According to students in attendance, a highlight of the relaunch was the rich interactions that took place. Mecylia Barnett, head girl of Ascot High School, expressed the view that "the relaunch was great. I liked it personally. It was very informative and successful. I like the fact that it brought our young people together as student leaders and led us to an understanding of different ideas from different persons. I learnt a lot."

The JPA is the representative body of prefects of secondary schools, whose mission is to coordinate prefects islandwide and develop effective student leadership, while fostering the comprehensive development of the Jamaican student population.

This association succeeded the National Head Prefects' Association of Jamaica, which was birthed from the Peace for Champs Campaign in 2008. This initiative was spearheaded by the then Jamaica College School captain, Carlos Gordon. It subsequently morphed into the JPA in April 2009 after then Education Minister Andrew Holness endorsed the initiative.

This need for greater coordination was echoed at the relaunch by the former deputy head boy of Calabar, Garvin Grandison, and former Wolmer's head boy David Kerr, who served as the then treasurer and general secretary, respectively.

The first step in relaunching the organisation began in July 2018 when a number of student leaders expressed interest in greater collaboration. This push intensified, resulting in several head students giving donations to the National Children's Home, Tegwin Unit, in August. Additionally, the JPA received endorsement from various stakeholders, including the Inter-Secondary Schools Sports Association and the Ministry of Education, Youth and Information.

Guest speaker Floyd Green, state minister in the Ministry of Education, Youth and Information, charged the gathering of student leaders to make an impact on Jamaica. "As a leader and prefect, the leadership should not stop with your school. Extend your service to the community and at the national level ... do not underestimate your ability to create valuable impact!"

Additionally, the organisation has launched a high-school essay and video competition. The theme for both competitions is "how can youth leaders 'level up' and be more impactful in their school community?' Interested students can submit their essays via email or a video outlining the theme.

The deadline for submission is January 17. Winners will be posted on the IG page @prefectassociationja. For the essay competition, entrants must include their full name, date of birth, grade, school and teacher's name. All essays must be emailed by the deadline. For further information, the organisation's email is ​ prefectassociationja@gmail.com. The JPA welcomes new schools and organisations who wish to support this movement.

For the relaunch, various stakeholders who collaborated with the organisation to ensure its success included JMMB, Tastee Limited, GraceKennedy Limited and the Wolmer's Parent-Teacher Association.

In the presidential address, the gathering was reminded, "The wind of change is in the air. Let us take advantage of this opportunity to be on the right side of history. Despite the challenges that we may face as student leaders, the gathering present here shows that the forces that pull us together are stronger than those that will keep us apart. It is the belief of the Jamaica Prefects' Association that as Jamaica enters the crossroads of its future, we as responsible students can make an impact on this nation."