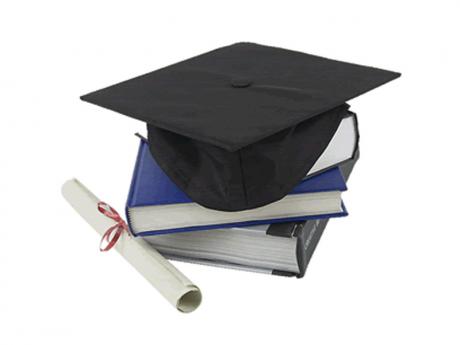 The Court of Appeal has given permission for biochemistry PhD student Suzette Curtello to continue her legal battle against the Board of Graduate Studies and Research at The University of the West Indies (UWI), Mona, which is insisting that she needs to meet certain requirements to complete her degree.

Curtello sought leave from the Court of Appeal to argue that the Supreme Court was wrong to refuse her permission to seek judicial review of the decisions made by the university that have prevented her from being allowed to defend her thesis.

The Court of Appeal will be asked to determine whether the remedy of complaining to the university's visitor to settle the issue was available to her at the time she filed her application for judicial review.

A visitor is someone who oversees an institution and can intervene in internal affairs.

Her Majesty Queen Elizabeth is said to be the visitor of The UWI.

However, Curtello argued that her petition to the Queen was declined and that any remedy the university has said she had was not available to her, meaning that the institution had effectively shut her out of relief and deprived her of her constitutional right to a fair hearing.

Curtello's case is not unique as others have pending unresolved claims against the university from as far back as 2010.

Curtello is claiming that The UWI, Mona, is insisting that she complete nine additional credits to finish the programme and also that she resubmit her thesis.

However, Curtello contends that when she entered the PhD programme in 2007, those additional credits were expressly waived for her due to her extensive publications in respected science journals.

Curtello first took the issue to the Supreme Court seeking leave to go to the Judicial Review Court, but in 2015, the Supreme Court ruled that other avenues were available to her, such as taking the matter to the university's visitor.

Steps were taken to bring the issue to the visitor, but Curtello said that several letters were received to the effect that visitorial authority had been declined.

Curtello filed another application for judicial review, but in November 2017, she learned that she was unsuccessful.

After hearing submissions from Queen's Counsel Caroline Hay and attorney-at-law Neco Pagon, who represent Curtello, the Court of Appeal granted her leave to appeal the Supreme Court's 2017 ruling.

In granting the application, the court said that there was a real chance of success on appeal.

The court said that it was clear that the real issue of controversy between the parties was the existence, authority and operation of the visitorial authority of The UWI.​


Curtello was granted permission to file and serve notice and grounds of appeal on or before December 7.

The respondent in the case is The UWI Board for Graduate Studies and Research, which is being represented by attorneys-at-law Christopher Kelman, Maliaca Wong and Amanda Montague, who opposed the application.