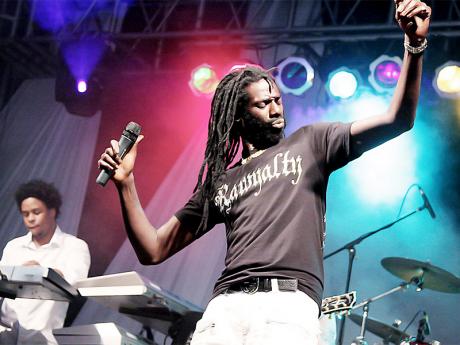 Buju, a Grammy award-winning entertainer was convicted of drug trafficking on February 22, 2011

Buju Banton has been released from prison after eight years at the McRae Correctional institution.

An officer at the institution said the entertainer whose given name is Mark Myrie, was let out earlier today.

The United States embassy in Kingston is tight-lipped about when the reggae superstar Buju Banton will be returned to the country.

Buju, 45,was arrested in December 2009, months after he was met by a convicted drug trafficker on a flight from Spain who sought to set up a cocaine deal for him.

Following his conviction in February 2011, Buju was sentenced to 10 years imprisonment.

Federal prosecutors required two trials to convict the reggae icon, who was targeted and pursued by an undercover federal informant for more than a year.

Buju, a Grammy award-winning entertainer was convicted of drug trafficking on February 22, 2011 in Tampa, Florida, 12 days after the retrial of his case began.

He was sentenced to 10 years imprisonment.

Buju recently released a statement saying that upon release he only wants to be associated with his craft.

"Having survived, I want to share the good news and strength of my music. I just want to continue making music, which I've devoted my life to. I look forward to the opportunity to say a personal thanks to my fans and everyone who supported me," Buju said.