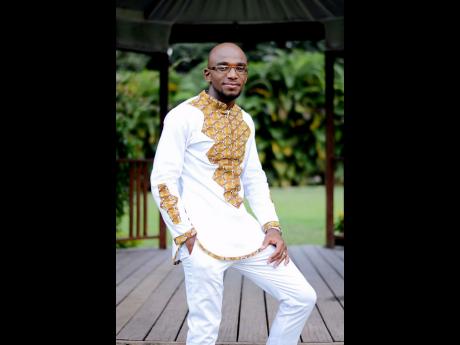 Williams - As a father, it is my responsibility to teach my son how to be a real man.

Previously, Clatin Williams spoke about the importance of knowing your child's love language, a mechanism that has been helping him to maintain a healthy relationship with his now eight-year-old son.

In addition to unconditional love, Williams told Family & Religion that there are many other things that a son needs from his father, including mentorship, affirmation and discipline.

He noted: "Proverbs 22:6 tells us that we should train up a child in the way he should go, And when he is old he will not depart from it.

"As a father, it is my responsibility to teach my son how to be a real man. This is done by modelling what a real man should be and give him a good example to emulate.

"After praying with my son one day, he said, 'Dad, I did not know you were a prayer warrior. I can pray longer than you, though'."

Williams, who is a published author, said that his son made it known that he will also be a writer, just like him, and that he will write a book about prayer.

"Lonnie Berger, in his book Every Man A Warrior Book 2: Marriage and Raising Children, says, 'More is caught than taught', and without even knowing it, we, as children, absorbed the attitudes, values, sense of right or wrong and relating patterns from our parents.

"This means that as fathers, we must be good examples for our sons and properly mentor them. If we do not know how to, we must learn. I am a member of the Mentoring a Nation United team and help to coordinate 'The World Needs a Father' workshops across the Island to train and certify men to be fathers. I encourage every father to try and attend this workshop," he said, adding that the workshop is a good investment.

The father of one noted that words of affirmation is a very important love language for men.

According to him: "A father is the one who affirms potential and, therefore, must realise that this is very important for his son. When my son does well in school, I must let him know that he did well and how proud I am of him. This builds his confidence and encourages him to do even better."

Of discipline, the youth director at the Worship and Faith International Fellowship church quoted the popular Proverbs verse, which states that he who spares his rod, hates his son, but he who loves him, disciplines him promptly.

"The worse thing a father can do is ignore the folly of his son and not discipline him. Eli ignored his son's folly and it led to their demise as well as his. A good father must correct his son and keep him on the right path.

It does not necessarily mean flogging him. There are more effective ways of correcting this generation of children like taking away certain privileges such as electronic devices," Williams said.