JFJ reacts to vote on states of public emergency 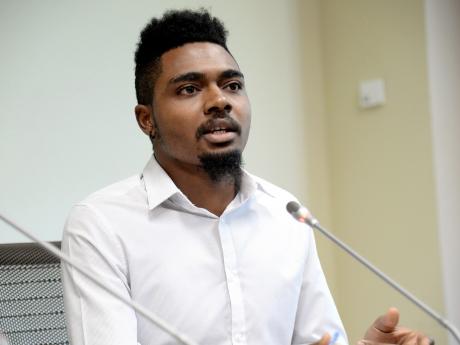 Human rights lobby group Jamaicans for Justice (JFJ) is arguing that despite the best of intentions, the present States of Public Emergency have not adhered to the laws of the country.

The declaration came as it reacts to yesterday's decision by Parliament to discontinue the security measures in St James, sections of the Corporate Area and the St Catherine North police division, which expire in January.

The Government sought extensions but failed to secure a two-thirds majority after opposition members voted against the resolutions.

JFJ, in a statement this afternoon, said while it supports lawful and legitimate crime fighting it believes that every Jamaican has the right to be protected from state abuse and illegal detention by security forces.

Among other things, the human rights groups said its concerned about unlawful mass detentions of residents who are not suspected of any crimes, citing instances where persons are taken into custody for days on the grounds of “playing football after hours, playing music loudly, having unpaid traffic tickets, for attending a funeral, or simply for being in the wrong place,”.

“JFJ deeply regrets the fact that our political leaders remain unable to agree on a crime-fighting strategy that is lawful, sustainable and does not hurt powerless Jamaicans,” JFJ declared.

Jamaicans for Justice (JFJ) takes note of the recent developments regarding the three ongoing States of Public Emergency, which by virtue of Parliamentary vote on December 11, 2018, will come to an end in January 2019.

JFJ fully supports lawful and legitimate crime-fighting measures that dismantle criminal networks and restore peace and security to Jamaica. Every Jamaican has a human right to life, to feel safe, and live peacefully. At the same time, every Jamaican has the right to be protected from state abuse and illegal detention by security forces. As a mature society, Jamaica should never trade one set of protections for another.

A state of emergency should comply with the law

Since the declaration of the first State of Public Emergency in January 2018, national stakeholders and public institutions have produced evidence of serious challenges with the implementation of the SOE – both privately and publicly – for the government. These concerns were never an attack on the necessary crime-fighting that Jamaica needs but rather were a good-faith attempt to ensure that security operations did not unintentionally harm the very persons that they intended to help. Unfortunately, clear evidence of problems has been repeatedly rejected and misrepresented as an attack on the government’s crime plan.

“Addressing the challenges with the implementation of the State of Emergency has always been in the national interest. Over the course of the year, the rejection of evidence that serious challenges exist has resulted in a moral and political dilemma for those members of society who support BOTH fighting crime and protecting human rights. Politicians have forced people to make a false choice, and this impasse between the political parties is the result – at the country’s expense,” said Executive Director of Jamaicans for Justice, Rodje Malcolm.

To be clear, the concerns raised are significant and directly related to the success of the security operations. Two examples of prominent issues JFJ experiences weekly in delivering legal services to persons detained in the States of Emergency are:

Unlawful mass detentions of residents who are not suspected of any crimes: All statistics about detentions under the State of Public Emergency reveal that roughly 95% of all persons detained are never charged or formally suspected of any crime. They were simply detained for no clear lawful reason.  Said another way, in almost every case, public resources were expended locking up people for days and sometimes weeks simply to release them afterwards without charging them.

All year, JFJ attorneys have had to secure the release of people detained in the State of Emergency for playing football after hours, playing music loudly, having unpaid traffic tickets, for attending a funeral, or simply for being in the wrong place. We have documented cases where persons are detained for over a month before police officers decide that they are not wanted for any criminal activity. All of these abuses can be verified and have expended our limited crime-fighting resources.

Compromised oversight tribunals and breach of Emergency Powers Act and Regulations: Evidence emerged as early as March 2018 that legally compliant detention orders for the sweeping majority of persons detained did not exist, despite the laws of Jamaica, promulgated by the government, clearly requiring this as a condition of the State of Emergency. As a result, the very Tribunal set up in St. James to review detentions raised the alarm eight months ago that they could not effectively do their job.

For the Tribunal in St. Catherine North investigations and direct attempts by JFJ attorneys revealed that public access to the Tribunal was in effect non-existent. The failure to ensure the operation of legally required protections for Jamaicans living in the States of Emergency is of serious concern because those Jamaicans living within the States of Public Emergency have had their rights to access the courts suspended. Again, if the purpose of the State of Emergency is the restoration of lawfulness and order, we cannot as a society tolerate the state break its own law.

JFJ deeply regrets the fact that our political leaders remain unable to agree on a crime-fighting strategy that is lawful, sustainable and does not hurt powerless Jamaicans. We urge both political parties to make crime a bipartisan and inclusive process - instead of attempting to score victories against each other at the nation's expense. No one wins when the political directorate is so deeply polarised on an issue that affects all Jamaicans.

“For any security measure to produce the long-term transformation that we all desire, it must enjoy broad societal support and not harm or alienate the most powerless among us. Criminal elements must be dismantled and brought to justice, and our state officials must uphold not break the law in discharging their duties. Without both, we will never achieve a safe and just Jamaica.” - Executive Director of JFJ, Rodje Malcolm.