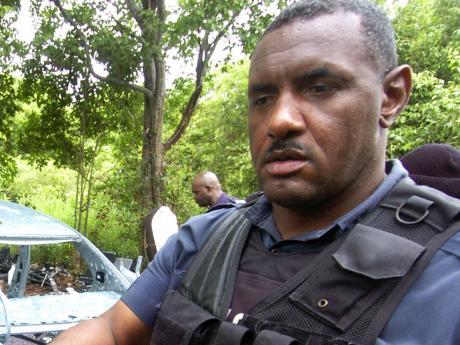 Senior Superintendent of Police Anthony Castelle was spared jail time and was instead fined $1 million by the St James Parish Court in relation to his recent conviction on charges arising from the shooting of a pregnant woman on January 22, 2016.

Castelle, who was found guilty of unlawful wounding and misconduct in a public office on November 23, was calm as presiding judge Natalie Hart-Hines ordered him to pay the fine or spend 30 days in prison on the unlawful wounding charge.

He was admonished and discharged for misconduct in a public office.

In outlining the sentence, Hart-Hines said that based on her reading of Castelle's social enquiry report, she did not believe that he should receive a custodial sentence.

Castelle was arrested and charged by the Independent Commission of Investigations on May 18, 2016, following the shooting.

The facts are that on the day in question, a police team chased and opened fire on a motor car after the driver, a taxi operator, disobeyed an order to stop and sped off.

Janice Hines, who was a passenger in the taxi and was pregnant at the time, was shot and injured and was rushed to the Cornwall Regional Hospital.

Castelle was jointly charged with District Constable Rohan McIntosh, who was later discharged following a no-case submission on November 9.