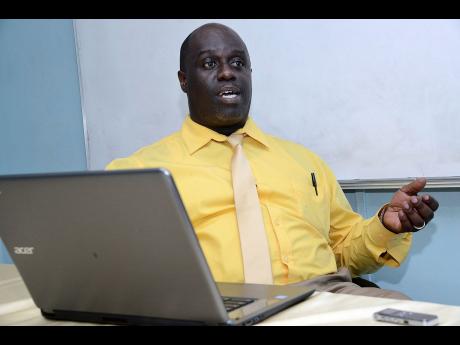 Sean Thorpe, president of the Jamaica Computer Society, has said that although Jamaica is on a quest to become highly competitive in the global market, the adoption of technology to boost production is still untapped.

He noted that the use of foreign direct loans to stimulate economic production has led to missed opportunities, as many have failed because of a lack of a structured approach to implement.

Thorpe, who is also head of the School of Computing and Information Technology at the University of Technology, pointed to statistics which revealed that the 2018-2019 World Economic Forum Global Competitiveness report scores Jamaica at 44 per cent in ICT adoption, which means we were ranked at position 91 out of 140 countries.

He said a collaborative approach is needed in order to gain good investment opportunities.

"To improve the national productivity through the use of technology adoption as an expedience to innovatively grow the national export market, a triple helix of government, private sector and academia will need to be more deliberate in its focus as the direct approach," he said.

"One strategy that demonstrates this good use is making the investment to modernise the major industrial facilities within the country, using technology enablers as a part of that modernisation thrust. The deliberate government strategy has to undertake a managed critical information communications technology (ICT) infrastructure based on industry 4.0 standards," he said.

He added: "To develop this ICT infrastructure at an international scale, a deliberate attempt similar to that of the 'Chaebol strategy', which was adopted from South Korea in the 1960s, would be required."

"The approach applied foreign direct loans as a short- to medium-term investment measure, applying a triple helix among government, private sector and academia to train a workforce around, will be a turnkey plant operation used to stimulate both the domestic and export market production."