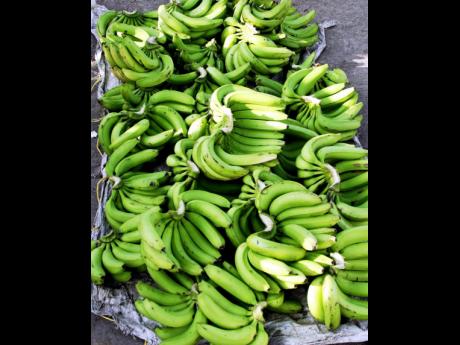 In support of the Government's mandate of providing healthier meals for students, the Jamaica Producers (JP) Group is now offering bananas to schools across the island at a highly reduced cost of $5 per pound.

This initiative forms part of the JP St Mary Heritage Project, which was launched last Friday at the company's farm in Annotto Bay, St Mary.

Minister of Industry, Commerce, Agriculture and Fisheries Audley Shaw applauded the JP Group for launching the initiative. He also said the Heritage Project is a step in the right direction and is in line with the Government's mandate of encouraging healthier eating habits on school compounds.

"Five dollars a pound for banana, which is more nutritious than imported flour, is an opportunity schools should embrace for our children. This is a wonderful project, and for a company that has been here for 90 years, I am proud of the leadership that you are providing in this country," the minister said.

He pointed out that 80 per cent of what the children eat is imported, which basically consists of: flour, rice and bag juice, and costs approximately $5 billion, while bananas grown in Jamaica can be used to make healthier alternatives, such as banana porridge, banana bread and banana muffins.

For his part, Floyd Green, state minister in the Ministry of Education, Youth and Information thanked the company for considering to support the Government's initiative of providing healthier alternatives over sugary products in schools.

"You [JP Group] have a number of different calls and you could have decided to do a number of different areas in terms of your social outreach, but you have chosen to contribute to an area which touches on education, health, agriculture and, more importantly, the heritage of Jamaica," he said.

Green emphasised that the initiative will assist with the School Feeding Programme in a major way.