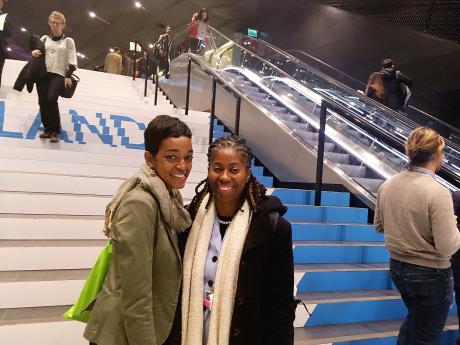 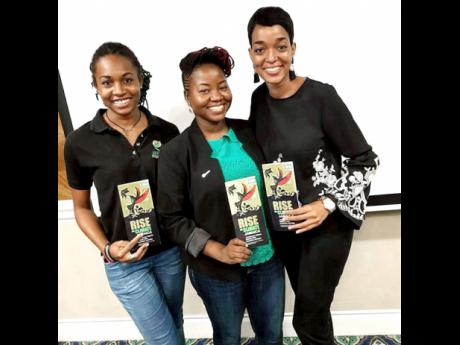 Contributed
From left: Jhannel Tomlinson (right) seen here with Eleanor Terrelonge and Ayesha Constable all of them organisers of the Rise for Climate youth event held in Jamaica on September 8.
1
2

FRESH FROM the recent climate talks in Katowice, Poland, Jhannel Tomlinson is now more inspired than ever to get other youth involved in the climate change response effort nationally.

There is, she believes, too much at stake to do otherwise.

"When one thinks of the COP (Conference of the Parties to the United Nations Framework Convention on Climate Change), the image of climate negotiators, who are often mature men and women, easily comes to mind. With the increasing recognition, however, of the role of the youth as agents of change, who are building momentum and garnering support towards climate action, a platform is now being provided for us to voice our issues and concerns," said the 27-year-old co-founder of Young People for Action on Climate Change, (YPACC) Jamaica.

"I consider my involvement in the COP as important, as it provided a space for me to speak on my experiences, both from the field doing research, and in engaging Jamaican youth. Having been invited to speak at a few youth-based side events further provided an opportunity to share with, and hear from, other young people, as well as to understand how we can better collaborate and communicate to effect change locally, regionally and internationally," she added.

Tomlinson, who was a member of the Jamaica delegation to the talks, is also a Youth Climate Change Activists Jamaica representative. So far, she said, there has been some commendable efforts to engage the youth, who will inherit the effects of any failures to arrest the fallout from a changing climate.

Still, given the scope of what is currently being faced - from extreme weather events, the likes of which were experienced during the last hurricane season when sections of the Caribbean were devastated by infrastructure damage and loss of lives to sea level rise and accelerated warming of the planet - more needs to be done.

"There has been considerable effort in providing the youth with avenues to become engaged in climate change. The Climate Change Division, United Nations Development Programme, JaREEACH, among other stakeholders, have been engaging the youth and I think this is a step in the right direction," Tomlinson noted.

"Moving forward, I think that to get more youth involved, we need to ensure that we cater our messages specifically to capture the attention of youth from different demographics. We need to have messages tailored for those in primary, secondary and tertiary institutions, paying keen attention to what intrigues and captures each group," she added.

Tomlinson also said it is important to recognise that "Kingston is not Jamaica.

"We must ensure that we pay even greater attention to our youth in rural areas to ensure that no one is left behind," she said.

Added Tomlinson: "We are the last generation who can actively work to reduce the impacts of climate change and must be given the requisite tools and platforms to engage the youth in our schools and communities; and we must ensure that, as youth, we 'act smart and steady, if we are to get climate ready'," Tomlinson added.

On her own next steps, the doctoral student, who is pursuing studies in geography with a focus on community-based adaptation to climate change and the role of local institutions in advancing adaptive action, said: "I have already been in dialogue with some of our youth activists on the ground, and I will seek to engage them and their organisations to share lessons learnt, to explore possible collaborations with regional/international youth bodies, as well as to collaborate on activities for 2019 and beyond.

"One of the mandates of YPACC for 2019 is to undertake a school tour, with specific attention being paid to rural schools, in an attempt to improve their participation and get them involved in the discussions surrounding youth and climate change," she added.