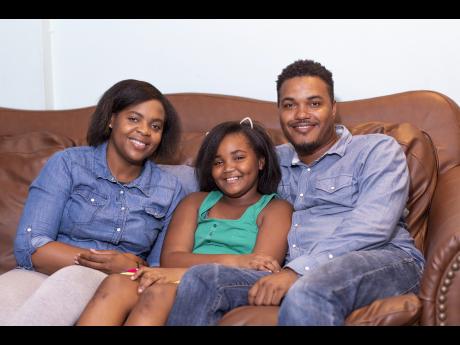 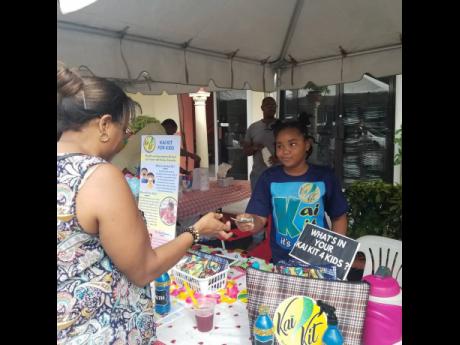 At nine years old Kailee Coombs is jumping into the world of entrepreneurship with her own brand of sanitation kits dubbed 'Kai Kits for Kids'.

The hygiene kit, which includes at least seven items for girls and boys, was born out of a need for Kailee to have access to items to keep her clean when she does not have access to water or soap, and she wants other children to have that same option.

"Children need to have ways to protect their health wherever they go because you never know when stuff will happen.

"Imagine that you are at school, and you have a messy situation. You can always reach into your Kai Kit for one of the many things that will help you be clean and healthy," said Kailee.

The kit is expected to be launched in the first quarter of 2019 and is geared towards children ages six to 12. They will include items such as baby wipes, hand sanitiser, tissue, and for girls, a sanitary napkin.

"I saw her looking mighty dirty, and I said to her, 'why didn't you wash your hands at school?' and she said, well, she had gone to Miss several times already for soap, and it's not that the teachers are being bad, but, you know, kids will waste the soap sometimes. She said she didn't get it, and I said, 'you couldn't use wipes or so?' and she said the wipes I had given her were done. That's when I decided to ensure she will always have her own little package," said communication practitioner and Kailee's mother, Shanoy Coombs.

"Based on the nature of the kit, they can be tailored for teenagers, but we especially want to start with kids in her age group. That's who she wanted to reach out to, and its interesting because it started because she had her little kit that I gave to her and her friends were asking her questions.

"I put a sanitary napkin in it. she is not using it, but they were like, 'Kailee, why did your mommy give you that?' and she explained to them, you know, 'mommy told me that children can sometimes see their period from as early as eight and that you need to be prepared.' So it's about bringing that awareness to different children," added Shanoy.

WILL BE FREE FOR CHILDREN

The kits will be available in pharmacies and other outlets as time progresses for a price of between $1,000 and $2,000, and, if things go according to plan, they will be free for children in primary schools.

"The Kai Kit for Kids is much more than the products. It is specifically designed to change behaviour and to make children feel more comfortable about their personal health and sanitation practices. It is about changing their behaviour as is relates to basics, such as hand-washing, and more complex issues such as body odour," said Kailee's father, Kmar Coombs, who is into procurement and logistics.

Kailee's team currently comprises her mother; her father; her grandma, Juliet Hill-Harris, who makes the pouches; and her godfather, Garfield Barclay, who designed her logo.

The team is also in discussion with possible product partners.

"One of the challenges we are having, and what we will eventually ask for, is local collaboration because we reached out to JMEA (the Jamaica Manufacturers and Exporters' Association) for a list of local producers for the health and sanitation line, and there aren't actually many. Like toothpaste, for example, I can't find a local person who makes toothpaste, even wipes and tissue. Interestingly, lots of those are imported.

"One of the things we would really love to have, even if we can't get everything locally made, we would love to have things that are locally made in the kit, and that's one of the grey areas we are going through now," said Kailee's mother.