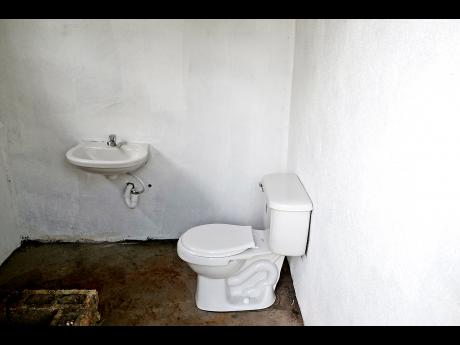 Carl Gilchrist
Inside the bathroom, complete with toilet, face basin and shower. 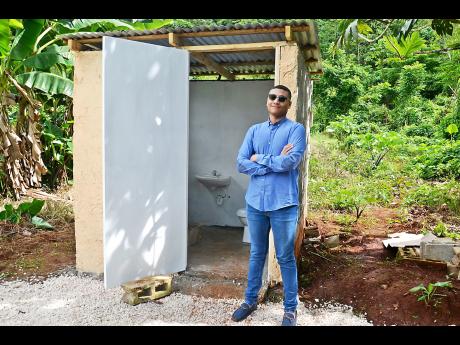 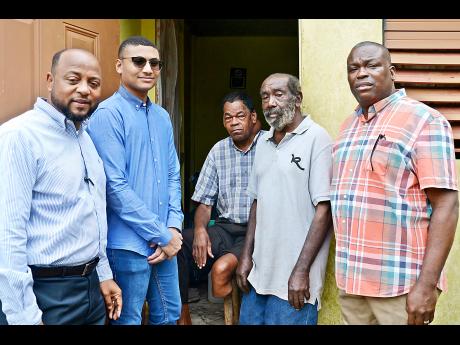 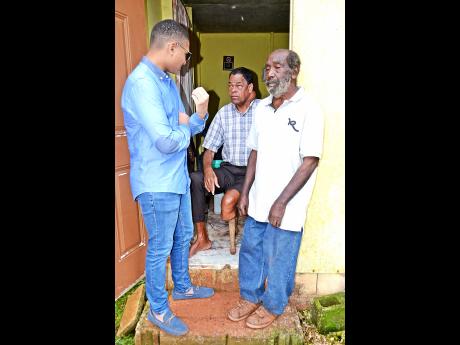 At only 17 years old, Alex Panton has seemingly stepped out of the shadows of his renowned mom and dad, Lisa Hanna and David Panton, and even while still immersing himself in his studies, has found time to help the community.

Panton has formed Evolution Solutions, a non-profit organisation that builds bathrooms for elderly and indigent people in rural Jamaica.

On Christmas Eve, in the community of Brittonville, just west of Claremont in South East St Ann, Hanna's constituency, Panton got his charity under way by handing over a bathroom to 75-year-old amputee Hewitt Lobban.

It was an act that not just means a modern disposal system for the former police officer, but one that has implications for the surrounding environment as well. Lobban will no longer have to dispose of his waste through insanitary means.

Lobban, who spent nine years in the Jamaica Constabulary Force (JCF) before leaving some 40 years ago, and who has lived at the current location for 11 years, was happy for the toilet facilities.

"Yes man, mi happy man," he told The Gleaner. "I didn't ask anybody, they knew I needed it." Lobban said Christmas was a little brighter for him.

Commendations for the move came from Councillor Ian Bell, a member of the St Ann Municipal Corporation's Poor Relief Committee, and from Mayor Michael Belnavis, both of whom were present at the handover.

"It's a really great humanitarian gesture," Belnavis said. "We have some young people in the community, led by Alex Panton, who decided to take on this as a challenge; to build a sanitary convenience for a gentleman who is disabled and in need of care. This is a true testament to the spirit of Christmas. I'm really moved by that gesture."

Bell was equally touched, saying: "Indeed, I am delighted to see the effort made by Alex. At age 17, it is really impressive to know that he would have seen the need and single-handedly raised the funds so that he could construct this sanitary convenience for Lobban."

Panton was just happy he could help someone.

"From as long as I can remember, especially my mother, she can tell you that I always hated to see people who are living in some form of poverty or do not have some things that I'm used to every day," he pointed out.

"A common thing that I use, as simple as a bathroom, some people cannot have access to that, something that I consider a standard human right."

Panton said he and his friend 'P' were travelling one day when they stumbled upon Lobban, who went on to tell them his story about serving in the JCF and later falling on hard times.

"I figured it would be a good idea to raise some money for him because, in my school, I had raised money recently for the JSPCA (Jamaica Society for the Prevention of Cruelty to Animals), a record amount for a student organisation, so I figured I can carry those elements and just bring it along here."

Panton raised J$180,000, bought material and solicited the aid of community members to build the structure, which is separate from the existing wooden structure Lobban occupies.

"I'm new to construction, so P helped me with that, but I wanted to make sure this was finished by Christmas. The basic foundation is there, the toilet, the sink, everything, and I am very grateful."

Panton said he was satisfied knowing he is helping another individual, especially by providing something that should be available to everyone. And he wants Evolution Solutions to do two more bathrooms.

"I'm glad to know I've helped to eliminate a very prevalent problem in Jamaica. I'm very happy to know that he's finally using the bathroom, especially because it's very difficult for him, considering he only has one leg."

Did your mother put you up to this? The Gleaner asked him.

"No, she did not, she had absolutely nothing to do with it," he grinned. "The only thing she did was to welcome me to her constituency."

Panton, an upper sixth-form student of American International School of Kingston, is still unsure of his career path. The world is at his feet, it seems.

In the meantime, Bell said the Poor Relief Department is to step in and add the finishing touches, such as tiling the floor, to the bathroom. Food supplies were also provided for Lobban and arrangement put in place for the delivery of a mattress for him.