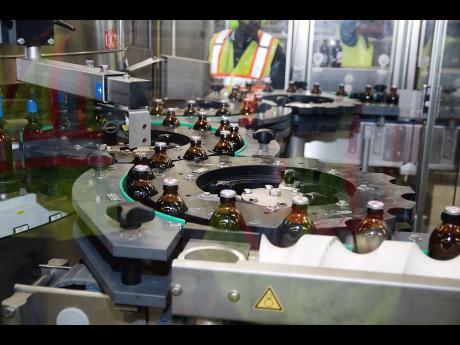 Contributed
Red Stripe beer being packaged on the production line. 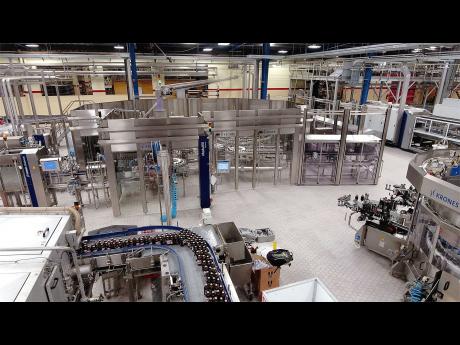 Glass is one of the longest-lasting human-made materials which, when disposed of in a landfill, can take up to one million years to decompose. It's one of the primary reasons why Red Stripe is imploring consumers to return empty bottles for re-use in its production line.

According to Red Stripe's head of corporate affairs, Dianne Ashton-Smith, the brewing company uses returnable glass as part of a broader approach to sustainability. "Our bottle collection initiative aims to lessen our environmental footprint as well as reduce production costs, but this only happens if our consumers return those bottles after having enjoyed our products."

Bottle recycling is a significant contributor to environmental sustainability in several ways. First, returning the empties to the Red Stripe plant reduces the space used in landfills that would have been taken up by the non-biodegradable glass material. Bottle recycling also lessens air and water pollution by reducing the exhaust emitted from the manufacturing of new bottles.

Everyone benefits with recycling: the company reduces its spend on new bottles, while the consumer earns $10 for each Red Stripe, Guinness, Malta, Heineken and Dragon bottle returned, and $300 for each full crate. Given the value attached to bottles, discarding them is just like throwing money away. Once returned to the brewery, the bottles are power-washed and sanitised, labelled and refilled with the company's beers and stouts.

Bottle returns also create a viable business option for those interested in cashing in on what some people consider trash. Courtney Ewen, a bottle collector based in Portmore, St Catherine, says the additional income and relatively low operating costs make it an attractive legitimate side hustle.

"Red Stripe's bottle collection campaign is a win-win from all angles; the people benefit, the company benefits, and most importantly, the environment benefits. I've jumped on this opportunity as I am environmentally conscious and it allows me to make extra money," said Ewen.

Consumers can return bottles to their nearest wholesale or take them directly to Red Stripe's 214 Exchange, located at 214 Spanish Town Road, Kingston 11.