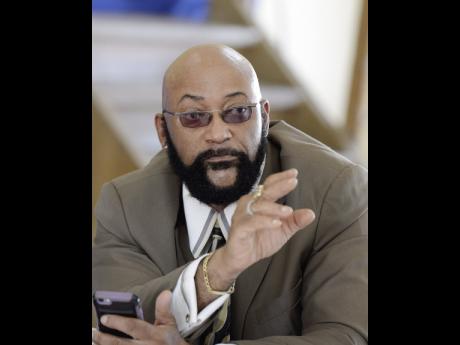 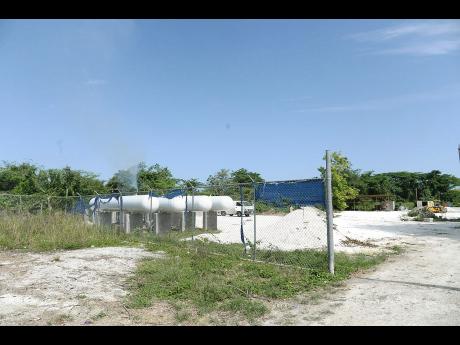 Mark Titus
Three LPG tanks on the site which the court has ruled should not hous a planned gas plant in Farm Pen, Llandilo, Westmoreland.
1
2

The Supreme Court has quashed the National Environment and Planning Agency's (NEPA) decision to authorise the construction of a liquid petroleum gas plant in a residential community in Westmoreland.

But it was not a full victory for Ashton Pitt, the resident who took the case to court, as he was denied his request for constitutional damages.

The dispute surrounded a decision by NEPA to allow a liquid petroleum gas plant and a block making plant to be constructed in a section of Llandilo, known as 'Farm Pen', despite the concerns of residents.

In defending NEPA's decision, Peter Knight, the agency's chief executive officer, said approval was given after the suitability of the site and the impact on the neighbourhood had been determined, with only one objection based on health concerns.

But Pitt, whose property is closest to the development, said he was not consulted, and took his concerns to Public Defender Arlene Harrison Henry after receiving no response to letters of objection to the Westmoreland Municipal Corporation (WMC).

Following her investigation, the public defender determined that Pitt's rights were being violated, and suggested that the developer, businessman Andrew Williams, find a more suitable location, but NEPA disagreed and granted the permits.

Pitt subsequently took the matter to court and an injunction was granted blocking the development. He was also granted permission to seek judicial review of NEPA's decision to allow the plants to be established.

The Attorney General, the WMC, NEPA, the National Resources Conservation Authority (NRCA), the Town and Country Planning Authority (TCPA), and businessmen Andrew and Hubert Williams were named as defendants.

After the matter was heard by justices Jennifer Straw, Lorna Shelly-Williams and Sonia Bertram-Linton, the court determined that the mandatory survey conducted by the developer was inadequate.

The court also determined that the developer acted in breach of procedure by starting construction before getting the permits.

"It is unclear whether there was a genuine misunderstanding of the perimeters of the Farm Pen area by Mr Andrew Williams, or if it was deliberate," the judges stated in the judgment handed down just over one week ago.

"But what is clear is that the persons who were included in the survey could not be said to be 75 per cent of the Farm Pen community," said the judges.

"Any survey that is conducted should ... give a good appreciation of the thinking of the community members. This particular survey was conducted (a) without advance notice to any person in the community; (b) without any contact information is left in the community for residents to contact NEPA with their views or objections; (c) in the middle of the day, i.e., at 10:50 a.m.; (d) with nine persons from the area within the context of the claimant's evidence that the informal community included about 150 residents," the judgment reads.

"The court finds it remarkable that a survey could be conducted by representatives of NEPA, about whether or not there would be objections to these permits, and no one contacted the neighbour nearest to the proposed development site for an opinion to be voiced on the matter."

The court also determined that the disregard shown to the claimant's objection letter at the time of the deliberations compromised the process.

"Since the WMC was an integral part of the whole process, we are of the opinion that they had the responsibility to bring the claimant's objection letter to the attention of the other relevant defendants," the judgment said.

"This dereliction of duty on the part of WMC led to the permits being granted in the first instance, without NEPA having all the relevant information to make an informed recommendation to NRCA and TCPA.

"As a result, any decision made by these authorities would have failed to have regard to all relevant factors. This finding also buttresses our conclusion that NRCA and TCPA failed to take into account all material considerations," said the judgment.

The court awarded 75 per cent of the claimant's legal cost against the NRCA and TCPA.