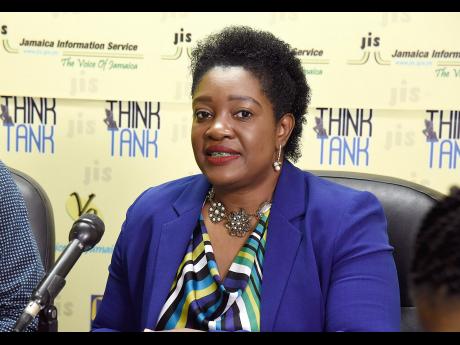 Kaysia Kerr, head of the National Parenting Support Commission (NPSC), has expressed worry over trends relating to the sexual and reproductive health of teenagers and knowledge among parents about the effects of corporal punishment.

Speaking to the matter of teenage sexual and reproductive health, Kerr said that more needs to be done to sensitise people about the importance of planned parenthood.

"One of the pillars we would have addressed was planned parenthood. Coming out of those conversations with young people, we realise that the sexual-health practices were not being adhered to," she told The Gleaner.

"At the parent villages, we had health screenings [for] HIV and other STIs, and there were young people who volunteered to be tested, but on the basis that they could have been exposed to some STIs. So that is of concern," she continued.

On the issue of corporal punishment, she said that a survey that her organisation recently undertook should be completed in January. She said that the NPSC plans to continue activities and workshops to sensitise parents. Kerr said that it is crucial for parents not to regress following the gains made during the workshops last November.

"The workshops were pretty instructive, and one of the things that came out was how resistant parents were at the beginning of those workshops when we assessed issues of corporal punishment. By the time we got to the middle and the end, however, you really saw people getting it," she shared.

"The thing is, even though they do not intend to hurt the children, that's what they are doing and it is really classified as a violent act. Coupled with that is psychological aggression, because even though you are beating, you have to hurl insults and persons become very brutal with their words. We really did see that parents began to see things from a different angle," she added.