Security measures for babies could be revisited - WRHA boss 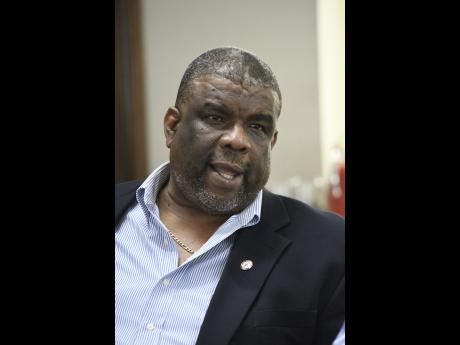 This follows a recent incident in which a three-week-old infant was stolen from her mother while she was visiting the Cornwall Regional Hospital (CRH) in St James.

Speaking with The Gleaner on Monday, Greene said he was satisfied that the child had not been stolen from the hospital ward, as had been initially reported to his office.

"The mechanisms are in place to mitigate the chance of somebody coming on to the ward and taking a baby. We have a whole heap of checks and balances and mechanisms for that, but what I can tell you we will do is that, given the situation, we could revisit our procedures and policies to ensure they are tight," said Greene.

"I'm satisfied we have systems in place at the CRH because the report that came to me was that the child was stolen from the hospital, and when I did further investigation, I discovered that that was not so. In this case, it was the mother's negligence," Greene added.

According to reports, shortly after 1:00 p.m. on Friday, the mother of the child was at the CRH for an appointment when she was befriended by another woman, with whom she allegedly left the baby in order to use the restroom.

Upon the mother's return, neither her child nor the other woman could be found. A report was immediately made to the Mt Salem Police Station, and following investigations the woman and her babyfather were taken into custody and the child was returned to her mother.

Regarding the abduction, Greene said the CRH couldn't be held responsible as the baby was not on the ward at the time of the incident.

"The baby didn't go missing while in the care of the hospital, and it cannot be the responsibility of the hospital or the Ministry of Health to tell mothers not to give their babies to strangers. It just happened to be on the hospital's property, but it could happen anywhere," said Greene.