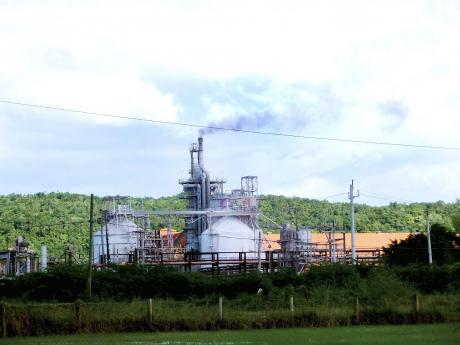 File
A section of the JAMALCO bauxite refinery in Halse Hall, Clarendon. 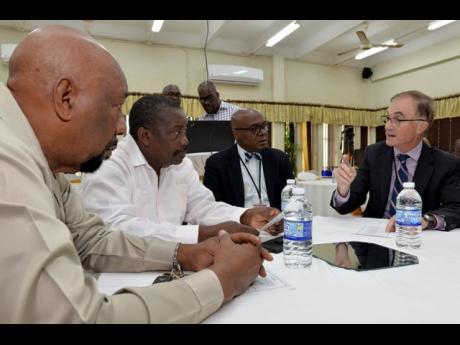 This was disclosed by managing director Austin Mooney during a tour of JAMALCO’s mines and refinery operations in Halse Hall, Clarendon on Thursday. Mooney, who said the project was on track for the February 2020 completion date, said work is now under way to complete the inland segment of the gas pipeline for the new co-generation facility that is being built by New Fortress Energy (NFE).

“They [NFE] have started to ship the gas pipe from the United States and we expect that to be here very soon. NFE has already received some of the large stacks, which are here [at the NFE site].The steam generators and the combustion turbines are expected in Kingston in about eight to 10 days, then they will be transported to the refinery. The contractors will start mobilising towards the end of January or February,” he said while outlining the schedule for the works being done.

“It is going to supply 90 to 100 megawatts of power into the [national energy] grid, which is low cost power. It will [also] provide JAMALCO with 120,000 pounds of steam, which is about 40 per cent of our demand [that] will help us to become a more efficient refinery,” he explained.

NFE, which is described as a global leader in energy infrastructure development and financing, by delivering fast-track solutions that provide reliable power and benefit to the environment, is also building the Jamaica Public Service Company's (JPS) 190-megawatt LNG power plant in Old Harbour Bay, St Catherine.