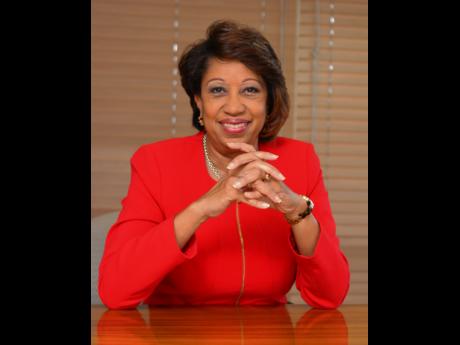 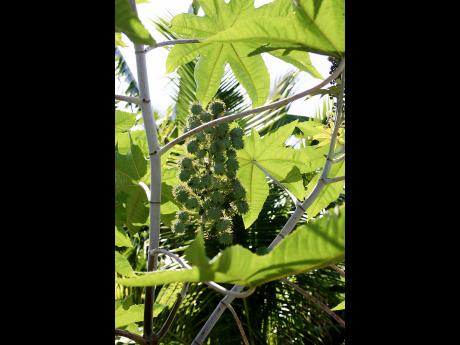 Christopher Serju
The castor bean or -oil nut- as it is also known grows wild across Jamaica.
1
2

Jamaica Promotions Corporation (JAMPRO) is seeking to translate the country's global brand for beauty and natural cosmetic solutions into tangible economic value through investment in the castor oil and cosmetics industry.

"There are brands out there that specifically target people of colour like Iman, Fashion Fair, and others.

But there is still great business opportunity in skincare, haircare, all sorts of cosmetics for people of colour," said Edwards.

That promotion was very successful. Among the promotion garnered was interest from global publication, Elle Magazine.

"We had six Jamaican companies exhibiting their products in one of Pak's cosmetics stores - this really elicited a lot of enthusiasm and interest from the consumers who came by," she recalled.

An increasingly popular ingredient in cosmetics is castor. Jamaican castor oil is even regarded as a natural miracle oil.

It is therefore no surprise that while JAMPRO pushes locally branded cosmetics simultaneously, the organisation is doing the same for the plant.

The case for castor oil is an easy sell. The product is used primarily in the pharmaceutical industry as an antioxidant and anti-inflammatory, in cosmetic applications and in the manufacture of high-grade lubricants and biodiesel fuel.

"It is not just castor oil. It is that we (Jamaica) have a specific product, which is Jamaican Black Castor Oil, which is actually prized in the international market for being one of the most potent forms of the product," Edwards boasts.

A JAMPRO-commissioned study, Developing the Castor Oil Opportunity, was conducted on Jamaican black castor oil (JBCO); it revealed that there was widespread positive sentiment held by consumers of JBCO based on the quality and benefits of the product.

A number of women and men globally have attested to the power of the oil for hair growth and skin glow, among other benefits.

The study also revealed some shocking figures that highlighted the opportunity that exists for the industry. It stated that JBCO and its related products reach average worldwide annual retail sales of approximately US$75 to $100 million, and by 2020, sales could reach US$3.4 billion.

"Armed with the research, we started to look for opportunities to enter markets that we already know. These markets are locations with a high concentration of persons looking for natural-hair products, especially for persons of African descent," said Edwards.

The Bronner Brothers Beauty Show, an annual event hosted in Atlanta, USA, was identified as the place to market Jamaican castor oil. JAMPRO has taken six companies to the show for the past two years.

"We have now identified distribution companies that are going to market and supply the products," revealed Edwards.

On the supply side, JAMPRO has worked with the producers of castor oil. The result of this is the formation of the Jamaica Castor Industry Association. The association has 40 members and a contact list of more than 400 producers who are in the business of growing and processing black castor oil.

In 2018, the association received a grant from Compete Caribbean to help mould the group on standardising its processes and adhering to global best practices.

"Jamaican Black Castor Oil production is still a smaller industry, whose methods, though quite artisanal add to the charm of the product and helps to drive its demand. However, as demand increases, we must work with the producers to improve production at an industrial scale while preserving the quality standards we have established over time," added Edwards.

Edwards said she is convinced that with more investment in Jamaica's cosmetics industry, local manufacturers will be able to maintain the reputation of the country's natural-based cosmetics and will create new products that will take advantage of the limitless value chain of plants like castor. JAMPRO will continue its work to achieve these goals through continuous collaboration with its industry partners in 2019.