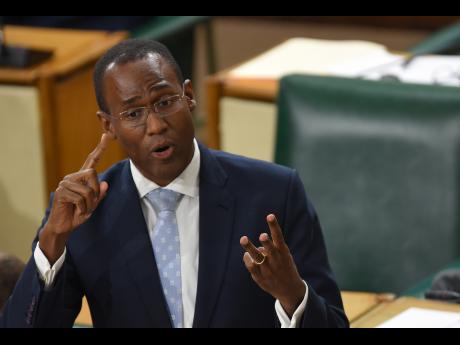 Procurement of materials for the proposed Southern Coastal Highway along the eastern end of the island is expected to begin in the "next few weeks", Finance Minister Dr Nigel Clarke has revealed.

Following this, Clarke said that he expects the project to proceed without delay.

The assurances were given in the House of Representatives on Tuesday after the parliamentary Opposition warned that residents in St Thomas were seething over the delays in starting the ambitious project.

"The people are ready to go to war," Member of Parliament for Eastern St Thomas Dr Fenton Ferguson warned on Tuesday.

At the start of the current fiscal year in March last year, $3.6 billion was set aside for the project, which will see the rehabilitation of approximately 110 kilometres of roadway between Harbour View in east Kingston and Port Antonio in Portland.

However, that now stands at $490 million after cuts of $1.4 billion and $1.7 billion in the First and Second Supplementary Estimates, respectively.

Clarke explained that the delays in starting the project was to ensure that the Government secures the most favourable contractual arrangements.

"We could have easily given in to what the counter parties wanted, but we delayed to ensure that the terms are favourable," he said as the House of Representatives approved the Second Supplementary Estimates for the current fiscal year.