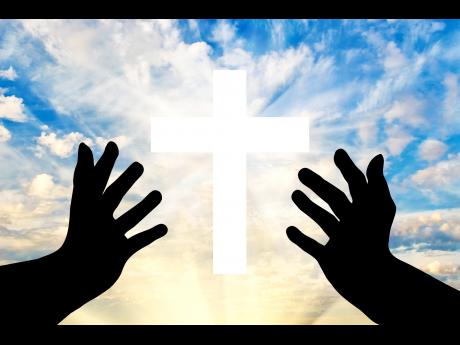 Last week we started looking at four ways that we can find unshakeable faith in the face of failure. What failures are you facing today? Career? Financial? Relational? Failure can be hurtful, but it is a necessary part of life. Our attitude to failure is what determines whether we succeed despite our let-downs. God wants us to succeed, so we need to know how to respond properly to failure.

The first way is "we must face the emotions of our failures" and the key to doing so is to move through them and focus on the future. Today we continue to look at the additional three ways that we face failure with unshakeable faith. The second way is that we must:

2. ALLOW OUR FAILURES TO DRAW US CLOSER TO GOD

Failure doesn't have to separate us from God because when we fail, God doesn't write us off. He wants to use our failure to draw us closer to Him In Hebrews 13:5 (NIV) He says, "I will never leave you nor forsake you."

Peter's initial failure pushed him away from God and he went back to what he knew, fishing But Jesus didn't give up on him, instead He sought him out and Peter's reaction is recorded in John 21:7-8 (NLT) as an example for us: "7 ... when Simon Peter heard that it was the Lord, he put on his tunic (for he had stripped for work), jumped into the water, and headed to shore. 8 The others stayed with the boat...". Peter took immediate action to move toward Jesus and he didn't wait We shouldn't let failure defeat us and keep us from experiencing what God wants for us. Like Peter, allow that failure to draw us closer to God.

3. IDENTIFY AND LEARN FROM THE SOURCE OF OUR FAILURE

If we can't learn from our failure, we can't move on to something better. In the story of Peter, the source of his failure was pride and arrogance. Jesus told Peter, before He was crucified, that he was going to betray Him. Peter arrogantly corrected Jesus saying, "... Even if I have to die with you, I will never deny you ..." Matthew 26:35 (NLT). But Peter denied Jesus, just as predicted. However, Peter identified the source of his failure, learned from it and made changes. He learned humility and became a better spiritual leader. In John 21 we see Jesus giving him a command - "Feed my sheep".

We must stop feeling sorry for ourselves, identify the source of our failure, learn from it and become the stronger and wiser person that God has created us to be. God is always ready to use our failures and turn them into something good. And the fourth way toward unshakeable faith, when we are facing failure is:

4. LISTEN FOR AND OBEY GOD'S NEW PLAN FOR US.

Zig Zigler, Christian businessman and author, says: "Failure is a detour, not a dead end". God will give us a plan after failure so, ask for it. He gets us back on track with new direction. When we fail, emotions like shock, fear and anger pop up, but God will replace them and give us unshakeable faith to overcome our fears and keep moving forward. Proverbs 24:16 (NLT) says, "The godly may trip seven times, but they will get up again. But one disaster is enough to overthrow the wicked."

Our failure does not prevent us from being used by God. Peter is an example of this. He failed yet he became the pastor of the Church in Jerusalem. Another example for us is Joshua, a great military leader who experienced great defeat. He faced his emotions of shame and desperation and spoke to God who helped him to identify and understand the source of his failure. He listened to God and received a new plan when God said to him in Joshua 7:10 (NLT) "..., Get up. Why are you lying on your face like this?'"

Is there something, a failure, that is preventing you from drawing closer to God? Don't allow it. You need to run as fast as you can to God. He will give you the strength to overcome whatever failure you face. Today if you are going through failure, God is saying to you "get up, I have something new for you. I'm not done with you yet."

Father work your healing power in of our lives. Heal us from past failures. Give us faith during the failure that we are going through, and may we stand unshakeable when failure comes our way in the future. Amen.