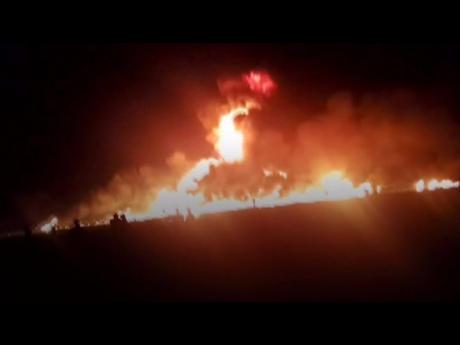 A section of the fire caused by the oil pipeline blast

Dozens of persons were also injured.

It's believed that the explosion occurred after the pipeline was ruptured by suspected oil thieves in the town of Tlahuelilpan, in Hidalgo State.

According to officials, dozens of people were scrambling to fill up containers when a fire broke.

Television footage showed large flames and people at the scene with severe burns.

Pemex, Mexico's state-owned petroleum company, said in a statement that the fire was caused by illegal tapping.

Fuel theft, known locally as huachicoleo or moonshining, is rampant in some Mexican communities.

The government says the practise cost the country about $3 billion last year.