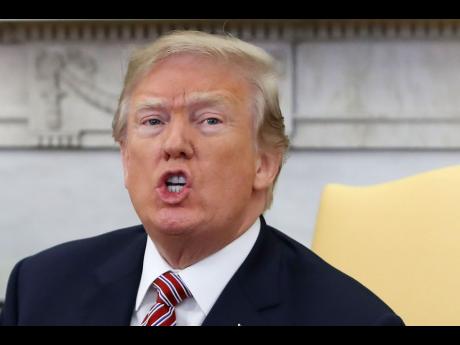 Trump...this is a common sense compromise both parties should embrace

President of the United States (US) Donald Trump today offered his political opponents a compromise in an attempt to end the stalemate that has resulted in the longest government shutdown in American history.

Trump, in a speech delivered from the White House a short time ago, offered to extend protections for immigrants already in the country.

He indicated, too, that he was open to extending the temporary protections afforded to so-called ‘Dreamers’ -- persons who were taken to the US illegally as children – for three years under the Deferred Action for Childhood Arrivals program.

In exchange, Trump wants Democratic leaders to approve $5.7 billion in taxpayer funds to build his long-proposed wall along the US border with Mexico.

“This is a common sense compromise both parties should embrace,” the President said.

However, Democratic House Speaker Nancy Pelosi quickly shot down the offer, calling it “inadequate” and “a compilation of several previously rejected initiatives, each of which is unacceptable.”