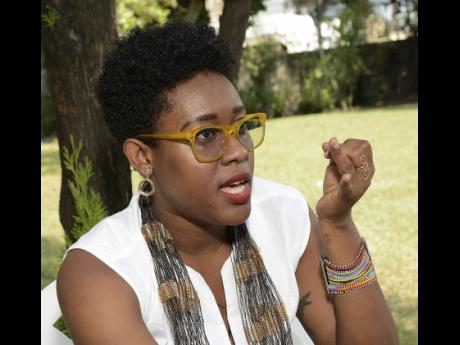 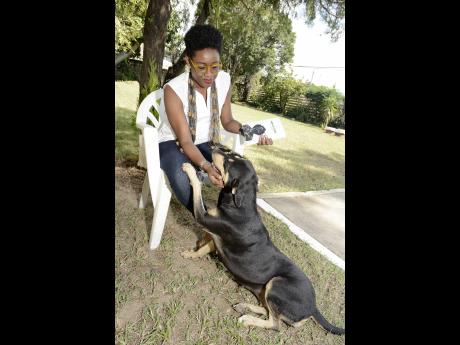 A friend found her suicide note when she was 16 years old and her school counsellor intervened and helped changed her perspective on life.

Today, a grateful Tameka Coley is committed to helping persons living with mental-health issues through a support group she launched two years ago.

Coley was first diagnosed as being depressed at 13 years old and doctors confirmed that she was bipolar in 2016. Through her support group #itsokayJa, the 32-year-old author has provided an avenue for persons with mental-health issues to talk to each other and share their struggles with volunteer mental health professionals.

"I started it because when I needed to have support, I couldn't find it. So I had to create a supportive community for myself, and I realised in doing that, that a lot of people felt the same way," said Coley, who is the communications director for Jamaica Mental Health Advocacy Network (JaMHAN).

In November 2016, she started the group, and as the word got out, there was a steady stream of persons coming to the meetings. The owner of an Airbnb committed to providing his property to host the meetings, which takes the same format as an Alcoholic Anonymous (AA) meeting.

Coley initially promoted the group through her blog as she has found that writing about her struggles offered her solace. "I didn't want it to just be people that I knew who showed up, and so I was very happy that it was just about two people that I knew who came. Everybody else, they just heard about it online and decide that they were going to come," Coley told The Sunday Gleaner.

In quick time, the number of persons at the meeting increased to about 20 and included a young man who was drowning in depression after his best friend suddenly died; a mother who lost her job and posted on her Facebook page that she was going to kill herself and her daughter because her financial challenges seemed insurmountable; and a young woman who was sexually abused on multiple occasions and was acting out.

"We would talk about whatever it is that the persons were experiencing," said Coley.

Unfortunately, the owner of the property became very ill and had to go overseas for treatment. At that time, Coley started hosting the meetings on the veranda at her house and the numbers continued to grow.

But she was unable to continue hosting them when she moved to St Thomas.

"After it stopped, words started to spread and people started to email me saying, 'We just heard about it'," said Coley.

Having seen the demand for the group, Coley has decided to restart the meetings and has managed to secure the property where they were initially held to host them. She plans to restart the support group meeting next month,.

"I just kind of got tired of not having the meetings because people have been reaching out, and I was like, 'You know what, this is a good thing and it works, and people need it, and I don't want a whole year to pass and it don't happen'," said Coley.

Funding the group is a major challenge, and with this in mind, Coley decide to host a yard sale last weekend to raise money for the support group.

She had initially decided to just sell some of her clothes and other personal items, but then friends and well-wishers started contributing items, and one even placed an advertisement in the classifieds.

"It was supposed to be Saturday alone and people came the Sunday," said a pleased Coley, who was heartened by the fact that people braved the rain to come and purchase items.

The initial plan was to raise some money to kick-start the meetings and then to seek sponsorship to fund them going forward, but based on the success of the first yard sale, she is hoping to host one quarterly.

"Sometimes the people who come to the meetings, they need money to go back home or they haven't eaten, so we give them something to eat, something to drink, that sort of thing, and we give the counsellors a stipend, just for their gas to come because I am not paying them. They are doing it voluntarily," noted Coley.

The counsellors are all from JaMHAN, which is made up of young professionals who are involved in the fields of mental health, social work, community development and advocacy.

Coley, who is a creative arts consultant, recently completed her book, Hard Gal fi Dead. The book documents her experience with mental illness, and she hopes it will help to tackle the stigma associated with this.