JDF now has permanent base in Montego Bay 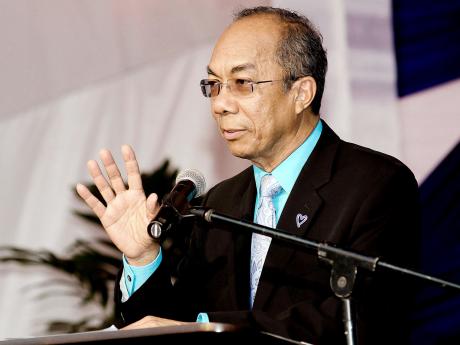 Minister of National Security Dr Horace Chang has disclosed that new barracks have been constructed in Montego Bay, St James to permanently housed members of the Jamaica Defence Force (JDF).

Addressing a community forum in Norwood in the parish last evening, Chang said the number two battalion of the JDF, which was previously based at Up Park Camp in St Andrew, will now operate at the new barracks, located adjacent to the Sangster International Airport.

“We no longer have the cost of bringing them in from Kingston and finding hotel accommodation for them at enormous expense, they are now permanently based in Montego Bay. They can now assist the police from here to Westmoreland,” Chang said.

He further disclosed that the JDF Coast Guards will also be playing a more active role in the western end of the island to protect coastlines.

The national security minister assured residents that their security will not be compromised when the State of Public Emergency ends on January 31.

He told the residents that instead of the security forces withdrawing from communities their presence will be increased right across the parish.

Chang said that while the security forces will no longer have the same powers, they will still be carrying out policing activities in communities.

According to him, there has been an improvement in residents giving vital information to the security forces about criminals and their activities since the security measure was established a year ago.

Chang issued a stern warning to the members of the security forces not to abuse the rights of residents in the execution of their duties.

“Any member of the security forces who abuse any of you citizens ensure that you either report the matter to their superiors and even me, we will not tolerate any form of abuse of our citizens by the police or the military,” the national security minister said.

In the meantime, Chang who is also the Member of Parliament for North West St James announced a multi-million dollar water supply improvement project for Norwood and sections of Flanker.