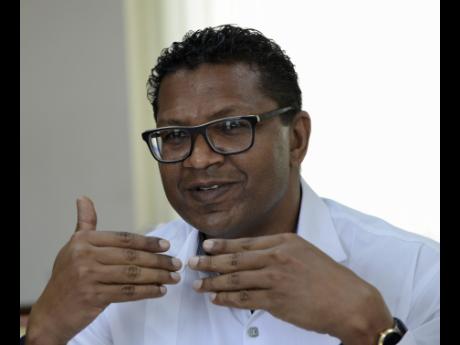 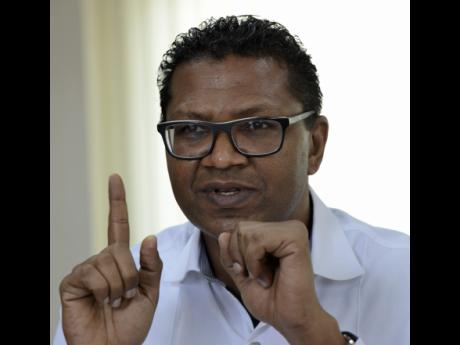 Chief executive officer of the SEPROD Group of Companies, Richard Rohan Pandohie, was on a natural high when the RJRGLEANER Communications Group news team turned up at his corporate office on Wednesday, January 2.

It was the fourth anniversary of his tenure as point man for arguably Jamaica's largest manufacturing group, which spans several industries - the agro-industry, dairy, oils, and margarines, a biscuit company, as well as the most modern grains factory in Latin America and the Caribbean. Add to that their own distribution company and the recent acquisition of Facey Commodity.

And the point man for a group which started life in 1940 as a cooperative when six of the seven independent factories producing edible oils, margarine, soap, and shortening merged to form Soap and Edible Products Limited (SEPROD), was happy to recount some of the progress achieved under his stewardship.

"I remember when we came along people would tell you it's an old stock. If you have it you keep it, but you don't buy it. I've watched over this last season a number of stock brokers say buy, buy, buy ... the dividends are attractive, our share value has gone up from $13 four years ago, to over $30 now. We have a good dividend policy where we're consistently paying dividends every year.

The group has invested some $8 billion over the past four years in retooling and acquisitions, a major endorsement of its confidence in the trajectory of the local economy, Pandohie explained.

"Like everything else in life there are several moving parts and we have to give credit actually to the stabilisation of the economy. It's very important [be]cause there is now a more predictable economy in Jamaica. Interest rates are at a lower level, much lower, so you can finance your business, inflation is low and the general macro environment is just a lot more stable, so we have capitalised on that for retooling," he said.

"My duty is basically to ensure execution, we conceptualise our plans, we have a clear strategy developed with our board, and then my job is to make sure we execute that as flawlessly as possible, to deliver shareholder value. The confidence to do that is stemming from the environment. We have a very aggressive organisation and we believe in big vision, big risk taking. Give credit to my board and chairman, P. B. Scott, for a lot of that freedom to pursue a lot of these things and the other thing is the reset," Pandohie continued.

He said that SEPROD began to see itself as larger than a local company and created a vision to expand its reach.

"The vision is much more than that now and we see Jamaica as just one market. In fact, we see the Caribbean region as our domestic market and see ourselves as a player in the global market. We see ourselves as we want to be, a key player in the global market. We're not shy about what we do and our intention is to keep growing and to be very aggressive about it. We believe that the pie is big enough, we don't treat other local companies as competitors, we see them as partners and the idea is to grow the pie and to make sure we keep growing," Pandohie articulated.

This course of action was vindicated at the first Jamaica Manufacturers and Exporters Association awards gala in October when the company made a clean sweep of the top three awards - the Prime Minister's Award for Top Large Exporter and the Governor General's Award for both manufacturing and exporting.

"I'm still doing cartwheels over that and now this Gleaner award, I was shocked man," the SEPROD boss admitted. "I just loved it, 2018 was a watershed year. So, for me, this would be, from a business standpoint, my proudest achievement by far and I think when I get this award I'm just going to carry it and give it to my mother, Evadney."

Richard Pandohie remembers quite well what was doing when he learnt he had been selected for the RJRGLEANER Honour Awards in February.

He was enjoying a meal at a popular seafood establishment when a phone call interrupted his dining.

"Gary Allen (CEO of the RJRGLEANER Communications Group) was on the phone and said, 'Hi Richard, how you doing?' It was Christmas, right, so I just thought that was a nice greeting, so I said, 'Hi Gary how you doing?'"

The response from Allen caught Pandohie off guard.

"Listen, you have been given a special award for business."

The SEPROD CEO admits he was stunned.

"I kinda backed off and looked at the phone because I thought it was a prank," he recalled with a chuckle, "Because I don't really know Gary's voice that well. It was a surreal moment because this award is one of the most prestigious awards in my estimation. It's something I always look forward to reading. Who are the Gleaner's nominees, who the awardees [are] and what they have been doing as well as the Gleaner's Man of the Year is an award you look forward to every year.

He continued: "This is something that I never thought of getting, but having heard the news, its' surreal. I'm actually so happy, so pleased. I was just bursting to tell somebody, anybody, but couldn't. It's different because when I look at the list of awardees over the years, a lot of the times, it is the owners of capital, who deserve a lot of credit. They take their money, they take risks, they create employment, but there are other people who are making those investments work, because it has to be executed. And I see this award as a recognition of somebody who is helping to execute, to build shareholder value."

Since 1979, the RJRGLEANER Honour Awards has highlighted the achievements of Jamaican individuals and organisations that had a positive impact on the country in previous year in any of nine categories. The categories are: Arts and Culture, Public Service, Sports, Education, Science and Technology, Health and Wellness, Entertainment, Voluntary Service, and Business.