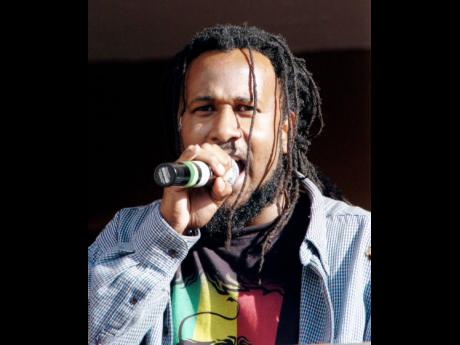 FOUR COMMUNITIES, among them Rocky Point in Clarendon, are to benefit from a climate- change education campaign, shortly to be launched by the internationally recognised Voices for Climate Change Education initiative of regional non-governmental communication organisation, Panos Caribbean.

Lionel Town, also in Clarendon; Ridge Red Bank in St Elizabeth; and Annotto Bay in St Mary round out the list of communities that are to benefit from the new Panos Voices campaign.

Panos, which works to enable the people of the Caribbean to conceive, drive and communicate their own development agendas, began Voices in 2008. Fast-forward three years and the initiative won the recognition of the United Nations as a Communications Best Practice for Latin America and the Caribbean.

“We are excited about working with the communities to highlight their resourcefulness and what they are doing to adapt to climate change at the local level,” said Panos representative Nicole Brown of the campaign that is to be launched on January 30 and run over eight months.

Voices for Climate Change Education promotes climate-change awareness and community resilience through the engagement of popular artistes and performers and the production and dissemination of creative materials and messages.

The new campaign is being implemented as part of the Planning Institute of Jamaica’s Improving Climate Data and Information Management Project (ICDIMP) under the Pilot Programme for Climate Resilience.

“It is critical that communities are sensitised to plan for and adapt to climate change. Each of the four participating communities has taken steps to build their climate resilience and we want to help reinforce climate-smart living in each community and share the adaptation message with other communities across Jamaica,” noted Lehome Johnson, ICDIMP project manager.

“We are happy to support this project because we know just how powerful a vehicle popular music can be for getting messages across to people,” he added, noting that the Panos campaign forms a part of a broader public education initiative being implemented under the theme, ‘Smart and Steady: Get Climate Ready’.

Over the next few months, Panos will work with each community – selected on the basis of, among other things, their own vulnerability to climate change – to support and highlight efforts to promote climate-smart practices by mobilising local and national artistic talent to do outreach activities to bring awareness to the issues.

Artists from the communities will join national singers and performers in a multi-part workshop designed to help them understand climate change and effectively craft climate change messages. The workshops will take the artistes to each of the participating communities so they can see at first hand the climate change impacts that are being confronted and how the communities are responding. They will then perform in six school and community concerts that will take place between February and August.

Campaign activities will also encourage students to use their creativity to craft climate change adaptation messages. Students in the four communities will be challenged to produce 60-second video messages with prizes given for the best productions.

The campaign also includes a short-story competition for students and a reading initiative that will introduce young readers to literature on climate change while encouraging them to read.

“We have commitments from a few finalists from Digicel Rising Stars, such as Jerone and Ramain Williams. We also have the dub poet Steppa, and up-and-coming artiste Deondra on board,” added Silk, who is responsible for coordinating the concerts that will form a part of the new campaign.