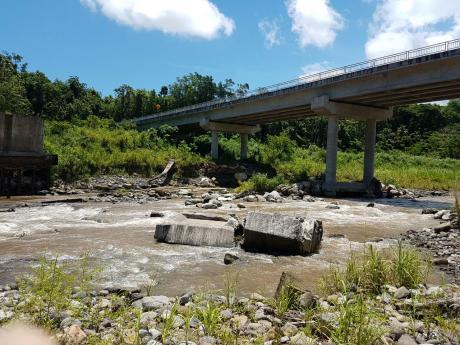 The National Works Agency (NWA) is to install a single-lane traffic bridge over a section of the Barracks River in St Mary.

A footbridge which previously connected the community was destroyed during major flooding.

Shaw says a new Compact 200 Modular Bridge will be installed at the site.

The new structure will span 15 meters and be wide enough to accommodate small and medium-sized vehicles.

The bridge installation works, construction of abutments and the paving of approach roads are expected to be completed within four months.

The $32 million-dollar Barracks River Bridge construction project is being implemented under the Government of Jamaica’s Recurrent Bridge Development Programme.

It is the latest in a number of similar bridge replacement or upgrade works being undertaken by the NWA as part of its bridge replenishment programme.

The agency says it aims to reduce its deficient bridge population by one per cent each year.