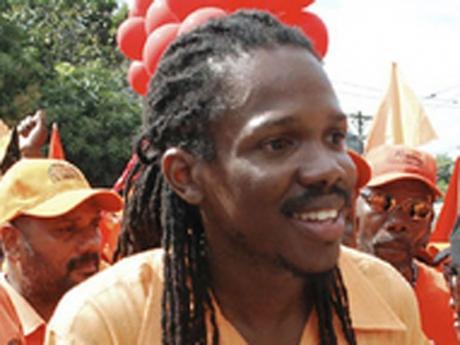 Crawford ... would only say a prospective candidate has not yet been selected.

Opposition Senator Damion Crawford is being considered as the People’s National Party (PNP) candidate for the upcoming by-election in Portland East.

The Gleaner understands that the PNP hierarchy and Crawford have been in talks.

Contacted Friday evening, Crawford would only say a prospective candidate has not yet been selected.

Crawford polled the most votes during a PNP vice-presidential race last year.

If he becomes the Portland East candidate, he would square-off with the Jamaica Labour Party's Ann-Marie Vaz, the wife of sitting Portland West Member of Parliament Daryl Vaz.

Former Portland East MP Dr Donald Rhodd was being eyed as the replacement for Dr Lynvale Bloomfield who was found murdered on February 2.

However, there are reports that talks broke down over campaign matters.

Andrea Moore, who defeated Bloomfield in a 2015 internal election has also expressed an interest in the seat.

However, it appears that the party will not endorse her.

The uncertainty has started to make some comrades anxious although the PNP's top brass has said it will address the election matters after Bloomfield's funeral this Saturday.

"Labourite putting up a woman to run against us, but yet still we are not putting our princess forward," said Egbert Brown, who describes himself as a comrade from Spring Bank in East Portland.

Moore has been working in the constituency since 2015.

The PNP has held the Portland East seat since 1989.