UPDATE: Gov't senators vote for debate today on Bill to take over Petrojam 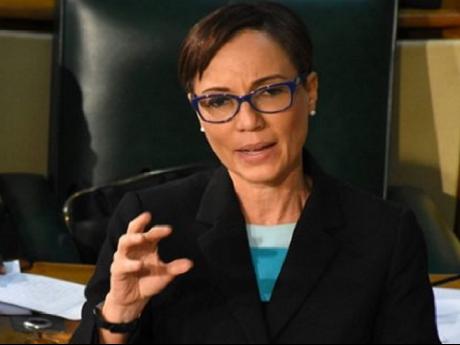 Government senators have voted to proceed with a debate today on legislation that would allow Jamaica to retake Venezuela's 49 per cent stake in Petrojam.

The Bill was tabled in the Senate this morning, days after it was passed in the Lower House on Tuesday.

After it was tabled, Leader of Government Business in the Senate, Kamina Johnson Smith signalled that she would seek to take the bill "to its concluding stages."

But acting Leader of Opposition Business in the Senate Floyd Morris objected, saying the Senate was not a rubber stamp for the executive.

"The Senate has to be treated with more respect. We can't be treating the Parliament with such contempt," Morris said.

"Why is there this rush to table this Bill and debate it today?" he questioned.

President of the Senate Tom Tavares-Finson noted that this was not the first time that a Bill was being tabled and debated the same day.

He indicated, too, that the proposed Bill was short and uncomplicated.

But while acknowledging that the Bill was short, Opposition Senator Lambert Brown cautioned that it has serious constitutional implications.

Opposition Senators sought to suspend approval of the proposed vote.

However, Government senators used their majority to vote that the proposed law be debated today.