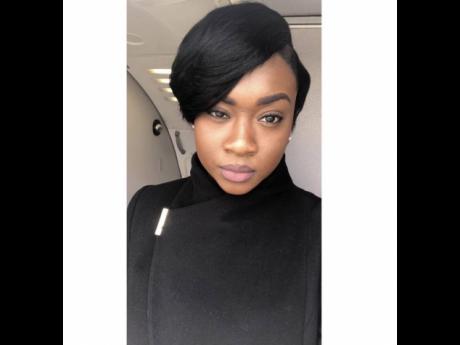 Having visited almost as many places around the world as the years she has been living in it, Loxanne Matterson admitted that she never imagined a life as a flight attendant.

But somehow, from not being an item on her list of goals to becoming her biggest achievement yet, her job as a stewardess for a subsidiary of a major commercial airline with what she described as “amazing benefits” is her pride and joy.

The once little girl from White Horses in St Thomas, who migrated in 2006, now an ambitious go-getter in New York with the unlimited ability to travel anywhere she pleases – and for free – told The Gleaner that when she came upon the coveted post, she was transitioning from a job as a nanny to two boys who were about to start school.

“I simply needed a job. I applied to this company knowing very little about it, and even when I got the job, I still wasn’t excited because it was not an ambition. I always wanted to go the traditional route, go to university and get a job that matches what I studied for. Although possible, that route is extremely difficult when you are trying to handle all responsibilities by yourself. I do, however, believe that God places us in paths in our lives for a reason and nothing is a mistake.

“Having unlimited travel benefits opens up a world of opportunity, literally. Having the ability to meet different people has been a blessing so far, and it’s an exciting journey to be on. Many people would do anything for this job, and I was lucky enough to slide and drop inna it,” she laughed, adding that though she had a rocky start, with a little over two years behind her, she has managed to make and maintain a good name among her administrators.

Matterson counted herself among the blessed to have grown up with both parents very active in her life, taking good care of herself and her siblings, a situation many would consider ideal.

And while she remains undoubtedly grateful that she was given all the resources to defy the circumstances that many children who spent their early lives in Jamaica had to face, the determined 23-year-old named her independence, the ability to be on her own, as another of her glorified achievements.

According to her, “There was one point at which I didn’t believe I’d be able to live on my own and to take care of myself with absolutely no help, but with God and determination, anything is possible. I was able to do it at the age of 22 with absolutely no help, and although it may not be a big deal to some people, it was to me, and I am extremely proud of that.”

Calling her most influential enemy by name, Matterson told The Gleaner that she is yet to defeat her fear of failure.

“In fact, I’m still working on it. I have many goals that I want to achieve, and the only thing that has stood in my way so far is my own fear – fear of not being successful. I plan on defeating it by using my benefits and resources to my advantage as much as possible, reading more books, becoming more social, and seeking advice from people who have achieved goals similar to what I’d like to achieve,” she said, revealing that she plans to pursue a Bachelor of Science degree in psychology later this year, followed by a master’s degree in law.