The Yoruba religion Part II – A Yoruba man speaks out 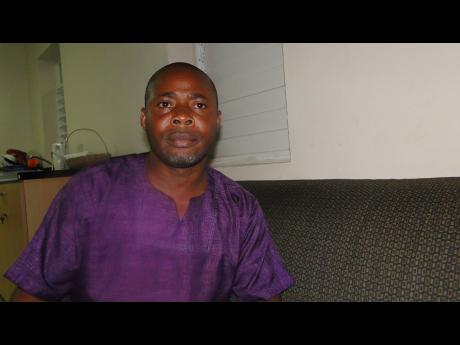 Paul H. Williams
Alao Luqman, a Nigerian cultural diplomat to Jamaica, says it is unfair to regard traditional African religious practices as devil worship and idolatry.

The Yoruba people of southwestern and north-central Nigeria and southern and central Benin had their own religious beliefs and practices long before the introduction of Islam and Christianity.

They believe in a supreme God called Oludumare, who is neither male nor female. Orishas are intermediaries between Olodumare and man. Possession of the body and spirit of followers by Orishas is another important feature of the Yoruba religion. They also believe in reincarnation and use divination to communicate with other realms through specially trained intercessors called Babalawo (father of secrets) and Iyalawo (mother of secrets).

However, many practitioners of Western religions, such as Christianity, regard such Yoruba religious beliefs and practices as idolatry, paganism, devil worshipping, and downright evil. Yet, Alao Luqman, who was born in Ilorin state, Nigeria, to Yoruba parents who were converted to Islam, said these negative attitudes are born out of ignorance and misunderstanding.

They were especially perpetrated by missionaries, historians and archaeologists, whose intention was to impose their own religious perspectives on African people. African traditional religious practices and symbols were thus labelled ‘fetish’, but Luqman told Family & Religion, “I do not see it as idolatry, I do not see it as fetish.”

Luqman, who is a Nigerian cultural diplomat to Jamaica, said that though he regards himself a Muslim by way of the training he got, he also believes in and did research on the Yoruba religion while he was pursuing his first degree. Moreover, his father would tell him stories about traditional Yoruba practices and rituals.

He was particularly firm on the concept of Orishas being intermediaries. There are between 400 and 500 such Orishas in the Yoruba religion, Luqman said. They are not particularly worshipped themselves, and are not idols. They are the media through which God can be reached. They are intercessors who act on behalf of worshippers.

“It is unfair to call it devil worshipping and fetish,” he argued, reasoning that many Christian denominations, such as Catholicism and Anglicanism, have their own religious symbols and rituals, which are regarded holy, yet, what traditional Africans do is seen as ‘heathen’ and ‘barbaric’.

Spirit possession is necessary for the cleansing of the body and resolution of problems, he explained. This possession is not by negative forces or the devil of which Christianity speaks, but by the energy of the Orisha who was summoned to resolve the problem with the assistance of the chief (the oba). The ritualistic cleansing of the mind and body is not confined to African religious practices, Luqman also said.

Regarding art, Luqman said, the ignorance to African religious practices is betrayed by people who do not understand African art, which has much African religious symbolism. “Yoruba art is not art for art’s sake,” the multitalented artisan told Family & Religion. It is deeply spiritual and religious, and, as such, many Yoruba religious philosophies are expressed in Yoruba art. He himself has produced such pieces of artwork.

At the centre of one of his pieces, there is a circular divination tray called an OponIfá. It is surrounded by figures, objects and geomorphic designs. Ifá divination is a Yoruba religious practice as Ifá is a mythical figure regarded by the Yoruba people as the god of wisdom and intellectual development.

In mid-March, Luqman will be presenting a paper titled ‘Art and deities’ at The University of the West Indies, Mona.