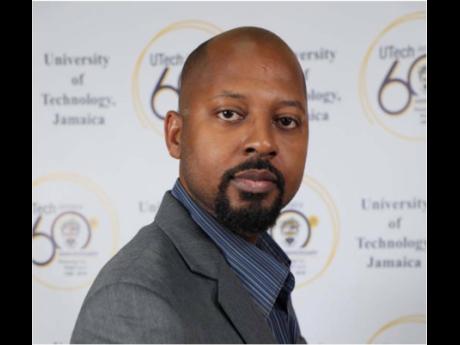 On September 23, 2018, The Gleaner published an article highlighting the effectiveness of applying cool roof paint to improve thermal comfort. This article is a follow-up to provide more details on the research findings.

The study was done as a collaborative effort by researchers from the Mechanical Engineering Department at the University of Technology (UTech), Jamaica, Dr Earle Wilson and Kirkland Rowe, along with researchers from Brunel University, London.

While this technology is not new, its use in Jamaica is not seemingly widespread. But the application of paint on roofs such as concrete slabs to reduce indoor temperatures is logical for countries with very hot days like Jamaica. But the extent of the improvements depends on several factors such as the geometry of the house, construction materials and the use of the house.

Portmore, with vast prefabricated concrete roof dwellings, renowned for occupants complaining of discomfort from overheated living spaces, was identified as a suitable location to perform the investigation.

The experiment was carried out on a typical prefabricated, single-storey, unimproved semi-detached, two-bedroom, concrete roof house. The surrounding buildings provided no real shading of the roof being studied. Air and roof surface temperatures were recorded before and after the application of the paint over an 11-month period.

Commercially available cool roof paint was applied to the concrete slab (roof) according to the manufacturer’s instructions. The paint is highly reflective and forms an insulating layer on the roof, which helps to prevent water leaks and reduce heat transmission through the roof.

The cool paint, which is much different from ‘regular’ white paint, had a solar reﬂectance (ability of a material to reflect solar energy) of 0.82 and solar reﬂectivity index (SRI) (ability to stay cool in the sun) of 160. A standard white surface has an SRI of 100.

The study demonstrated that substantial reduction on internal ceiling surface temperature and internal air temperature can be achieved after the application of the paint. From the very first day the paint was applied, the homeowner commented on the improved level of comfort attributed to the reduction in indoor temperatures.

This reduction in air and surface temperatures can also help reduce your air-conditioning energy cost. Unsurprisingly, the study showed that the cooling load to maintain thermal comfort in the house at 240C before and after the application of the paint, reduced by 188kWh/m2/year of floor area, saving approximately J$250,000 per year and 1.8 tonnes carbon dioxide per year.

While savings are expected with this type of paint, the cost is higher than normal paints and unskilled labourers can apply it. Also, while the initial solar reflectivity of the paint is high, it will decrease due to accumulation of dirt and ageing. Therefore, annual cleaning or reapplication of the coating (typically every three to five years) should be included in the maintenance plan for the roof.

So why should you consider this option? For a house that is not normally air conditioned, the application of the cool roof paint can result in lower indoor temperatures, which will improve productivity, sleep conditions and overall wellness, particularly as it relates to susceptible groups such as the very young and elderly. For air-conditioned houses, the predominant benefit to be realised is a reduction in electricity charges.