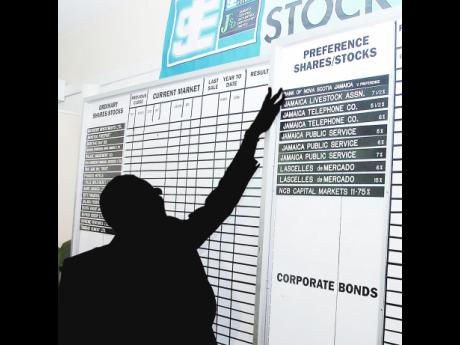 The president of the Jamaica Employers' Federation (JEF) has attributed the strong performance of Jamaica's stock market to prevailing low interest rates, which have enabled companies listed on the exchange to access low-cost capital for expansion and upgrades.

Speaking against the background of the Jamaica Stock Exchange (JSE) being ranked the top-performing stock market globally in 2018, with its value having risen 29 per cent for the year according to Bloomberg Businessweek, David Wan said the government's ongoing debt-reduction strategy has freed up large pools of low-interest capital for borrowing by private sector companies.

“Now that the supply of bonds (has) decreased significantly because the Government is paying off the debt, they (investors) are now looking at (other) options, which [include] real estate and stocks. So that has been another [reason for] this buoyancy in the stock market,” the JEF president told JIS News.

Wan said the outstanding performance of the JSE "is very good for Jamaica" and that it augured well for the future of the stock market and the Jamaican economy.

Also commenting on the strong performance of the JSE, President of the Jamaica Chamber of Commerce (JCC) Lloyd Distant said the government's economic reform thrust across both administrations played a big part.

He said the reforms in the economy have resulted in ongoing expansion in mortgage disbursements, and credit to the business sector, particularly small and medium entrepreneurs “albeit [slower] than we would like… but we do see it extending”.

According to Distant, the success of the economic reform initiatives “has created a level of stability in the minds of investors and the business community alike”.

“Once you continue to further reduce the debt level, [exercise] fiscal prudence and attain the high levels of [growth] we seek, I think we will continue to see this momentum,” he added.

“We are a very strong and stable country, and that bodes well for our stock market. I hope that more people choose to invest in it and that more companies choose to list on it and raise capital that way,” Seaga told JIS News.

Holness added that “the JSE continues to send the signal that our investment community has the appetite… but, more importantly, it has the cash to invest”.

Bloomberg Businessweek, in a January 18 article titled: ‘Welcome to Jamaica, Home of the World’s Best Performing Stock Market’, highlighted that the value of the JSE’s main index (in U.S. Dollars) rose by 29 per cent in 2018, which enabled it to top the global capital market by year-end.

This outturn, the article pointed out, was the highest among 94 national benchmarks tracked by Bloomberg.

The article further indicated that “Jamaican stocks have surged almost 300 per cent, more than quadrupling the next best performing national benchmark and sextupling the S&P 500’s advance”.