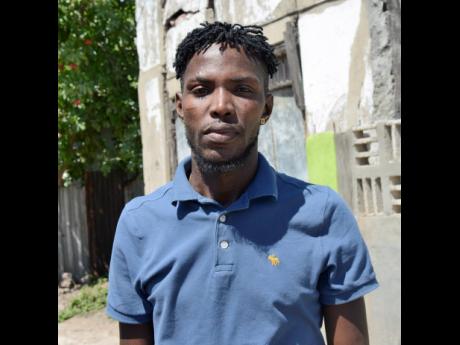 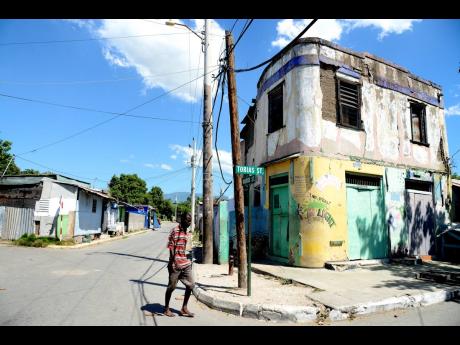 Ian Allen
PHOTOS BY Ian Allen/Photographer A man walks past an ageing building in Rose Town, on Friday.
1
2

A wave of robberies has hit the south St Andrew inner-city community of Rose Town, driving fear into residents and shopkeepers that the worst is yet to come.

Almost nightly, residents say, at least one house or a shop is stripped of goods or other possessions. And some of them believe the thieves are from the community.

Demetrius Gray, who has suffered at the hands of the robbers, was the operator of a sound system, but thieves made off with his equipment and source of income earlier this week.

“Me play Sunday night, and when me reach home around 12, me pack off the sound and cover it up and me normally store it by my window,” said Gray, who also goes by the moniker ‘Mario Fresh’. “Me no normally worry say somebody a come steal it or anything. I was watching a show and dropped asleep about 2 a.m. Me get up at 6 a.m. to send my son to school, and when I pulled my door, everything gone, disappear.”

Only afterwards did he hear from eyewitnesses that two men were seen pushing speaker boxes on a cart around 4:30 a.m., but the eyewitnesses said they were not aware they were being stolen.

Gray, who said he reported the theft to the police, estimates that the nine missing boxes are valued at $150,000.

“When my sound thief, a two robbery gwaan the same night, and then the next day, another set of robbery gwaan. The youth them no really want do nothing for themselves,” he said, gutted by his losses. “Them just probably want see somebody a do something and if them can capitalise pon it, a fi them way of life that.”

Gray, who lives with his nine-year-old son and girlfriend and is the sole breadwinner for his family, told The Sunday Gleaner that he was focused on starting over – rebuilding his business one speaker box at a time.

“Me just look pon every downfall as something good to move on. A just one week and me no miss no playing dates,” he said. “We never really have an issue with robbery, so me wouldn’t have a problem to leave my sound out there. It did really shocking. Dog eat dog, you live and you learn,” said Gray.

Another shop operator who did not want to be identified confirmed that the robberies are becoming frequent.

“Them rob shop, them rob house, them come inna you yard when you asleep. Whole heap a robberies and one bag a foolishness. Nobody know who; them just wake up and know that things missing,”

Another resident sought to explain the increase in robberies.

“You see because the police them out pon the front a circle the place, the man them can’t go out go do them little hustling, so them just turn on each other. That me think a cause all o’ this,” said the resident.

During our visit to the community on Friday, the Sunday Gleaner team observed a police car patrolling the area.

“The youth them nah pree progress, so them a pree the people them weh a pree progress. There is no strong gang presence in Rose Town, none whatsoever, a just some little youth a do the robbery,” said another resident.

Acting commander for the Kingston Western Police Division, Superintendent William Kesler, said he has no knowledge of any reports being made about robberies in the area.

“I am not aware, but I will be looking into that and I would advise them just to make a report to the Denham Town CIB (Criminal Investigation Branch) and let us sort it out, because I am not aware of any upsurge in robberies,” said Kesler.