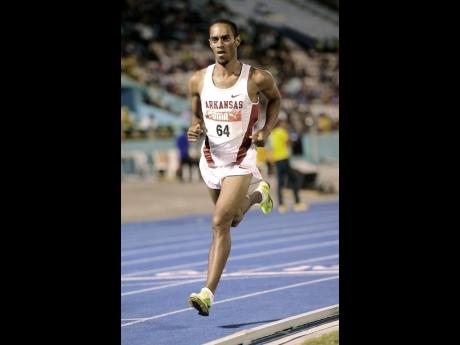 Olympic middle-distance athlete Kemoy Campbell says doctors at the New
York Presbyterian Columbia Medical Center, have so far not been able to
determine what caused his heart to stop, while competing recently and that
he will be taking a few months off from running.

The Jamaican, who collapsed while competing in the 3000m at the Millrose
Games in New York on February 9, says an implantable
cardioverter-defibrillator will be implanted to shock his heart back
into rhythm, in the event of a repeat.

As a result, he will be forced to take some time away from running and can
only do so after a few months with the approval of his cardiologist.

"After multiple vials of blood, ECHOs, EKGs, ultrasounds, MRI, CAT scan,
PET scan and heart biopsy, the weeks of testing resulted in no diagnosis
for the cause of my heart stopping," Campbell advised through social media.

"On Monday I will be putting in a ICD in my body (left side of my ribs).
This device will shock my back into rhythm if this is to happen again,"
Campbell continued.

"I was told that I would have to take a few months off
from running. After those months, I could start getting back at it slowly
with permission from my cardiologist."