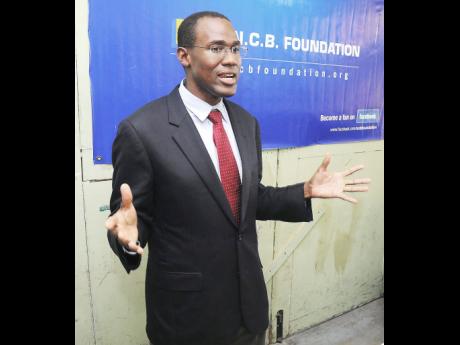 Disclosing that Jamaica currently owes some $2 trillion in loans, Finance Minister Dr Nigel Clarke says it is only through private investments that the country will be able to achieve its development goals.

Speaking at the official launch of the Association of Chinese Enterprises in Jamaica at the Spanish Court Hotel today, Clarke said Jamaica now represented an "unprecedented opportunity" for investment.

With macroeconomic variables stable and 15 consecutive quarters of growth and interest and inflation rates moving in the right direction, according to the finance minister, he emphasised that the Government of Jamaica (GOJ) could not, on its own, make the total investments needed to develop the island's social and physical infrastructure.

“So we want an economy where there is continued investment, investment domestically from the Jamaican people and investment from foreign enterprises," Clarke told the gathering of mainly Chinese business interests. "It is in that context that I say foreign direct investment from Chinese enterprises is welcome in Jamaica,” he underscored.

The finance minister disclosed that Jamaica currently owes $79 billion to China, which is about four per cent of the country's debt stock.

Clarke noted that for the investments to generate ‘win-win’ results, where investors, customers, employees, the Jamaican people and the Jamaican economy win, foreign investment should embrace five principles. They are: participating in competitive processes that assure best pricing and terms, inclusion of domestic value add that maximises impact on the Jamaica economy, training and skills development of Jamaican employees, technology transfer and corporate social responsibility.

“We want to ensure that Chinese and other foreign investment in Jamaica is accompanied by requisite levels of training and skills development and that Jamaicans have opportunity for employment at all levels in the domestic operations of Chinese and other foreign investors” and, “we want foreign direct investment in Jamaica from Chinese enterprises, from all enterprises, to facilitate the greatest domestic value added as much as is possible," the finance minister said.

"It may not be so in the beginning, but over time where there is space for the domestic value component of foreign direct investment in Jamaica to be enlarged, we want that to happen.”